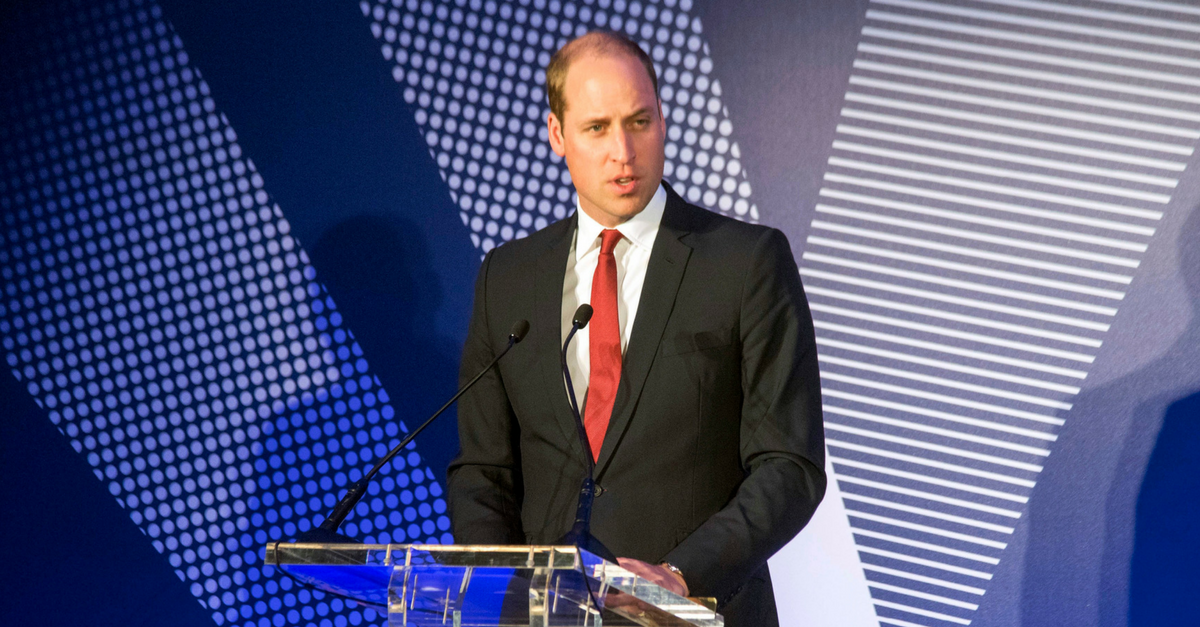 Paul Grover/Pool Photo via AP
Britain's Prince William speaks during a ceremony The Diana Award's inaugural Legacy Award, at St James' Palace in London, Thursday, May 18, 2017. The awards, in honor of Princess Diana, were given to twenty exceptional young people from across the world for their qualities of kindness, compassion and service. (Paul Grover/Pool Photo via AP)

Prince William was part of the attempt on Thursday night to save a 16-year-old boy who was drowning in a lake north of London.

William and his ambulance helicopter team were called to the emergency and arrived at the lake along with the rest of his crew. Sadly, the teenager passed away, despite the best efforts of the rescue team.

“It was reported that a 16-year-old boy had been swimming in a lake when he got into difficulties. A search led by the fire service was carried out,” a Hertfordshire police spokeswoman said. “The boy was recovered from the water but sadly he was pronounced dead at the scene.”

RELATED: Queen Elizabeth II surprised victims of the Manchester attack with a visit to the children’s hospital

A neighbor who witnessed the arrival was surprised when the royal climbed out of the helicopter.

“We knew something was up when a helicopter was flying extremely low just over the Lee Valley Park,” he said. “We could see it was landing so ran over to see what was going on. Little did we expect to see Prince William himself flying the helicopter.”

The prince currently serves as a pilot with the East Anglian Air Ambulance, but is expected to end his time with the organization in the fall. Then, he and Duchess Kate plan to move to London with their two children, where the kids will attend school and William will focus on his royal duties.

RELATED: The best man at Pippa Middleton and James Matthews wedding compared her to a dog during his toast