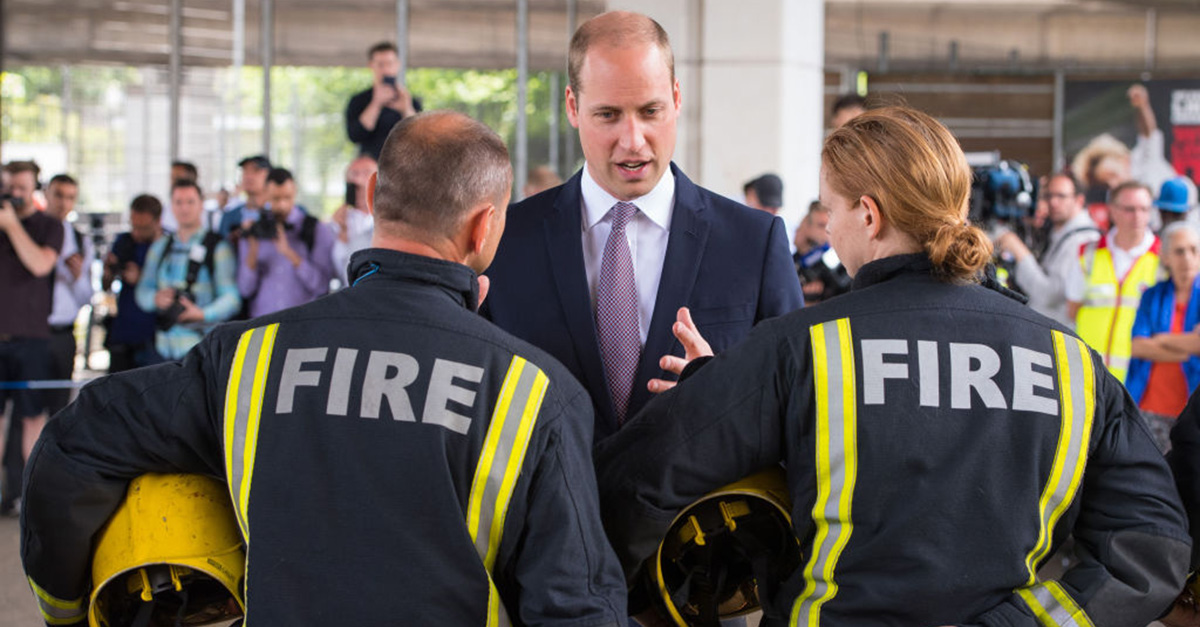 Photo by Dominic Lipinski - WPA Pool /Getty Images)
LONDON, ENGLAND - JUNE 16: Prince William, Duke of Cambridge meets firefighters and paramedics during a visit to the Westway Sports Centre which is providing temporary shelter for those who have been made homeless in the disaster on June 16, 2017 in London, England. 30 people have been confirmed dead and dozens still missing, after the 24 storey residential Grenfell Tower block in Latimer Road was engulfed in flames in the early hours of June 14. Emergency services will spend a third day searching through the building for bodies. Police have said that some victims may never be identified. (Photo by Dominic Lipinski - WPA Pool /Getty Images)

Prince William is the prince of our hearts.

On Friday, William and Queen Elizabeth II made an emotional visit to the victims of the Grenfell Tower fire that killed as many as 58 people last week. The number of victims is reportedly expected to rise, as countless others were hospitalized following the fire. Another 70 people are reportedly missing at this time.

RELATED: The royal family celebrated Father’s Day with beautiful tributes to all of the loving dad’s in the world

Prince William broke royal protocol during the visit when he hugged and tried to comfort an inconsolable woman whose husband went missing after the fire. The woman’s husband was reportedly trapped in an elevator during the blaze.

Traditionally, touching a member of the royal family is reserved for handshakes only. Other victims said that the prince seemed very compassionate during the visit.

An emotional Prince William described the tragedy as “one of the most terrible things [he’s] ever seen.”