Prince William, Duchess Catherine and Prince Harry unite to cheer runners on at the London Marathon 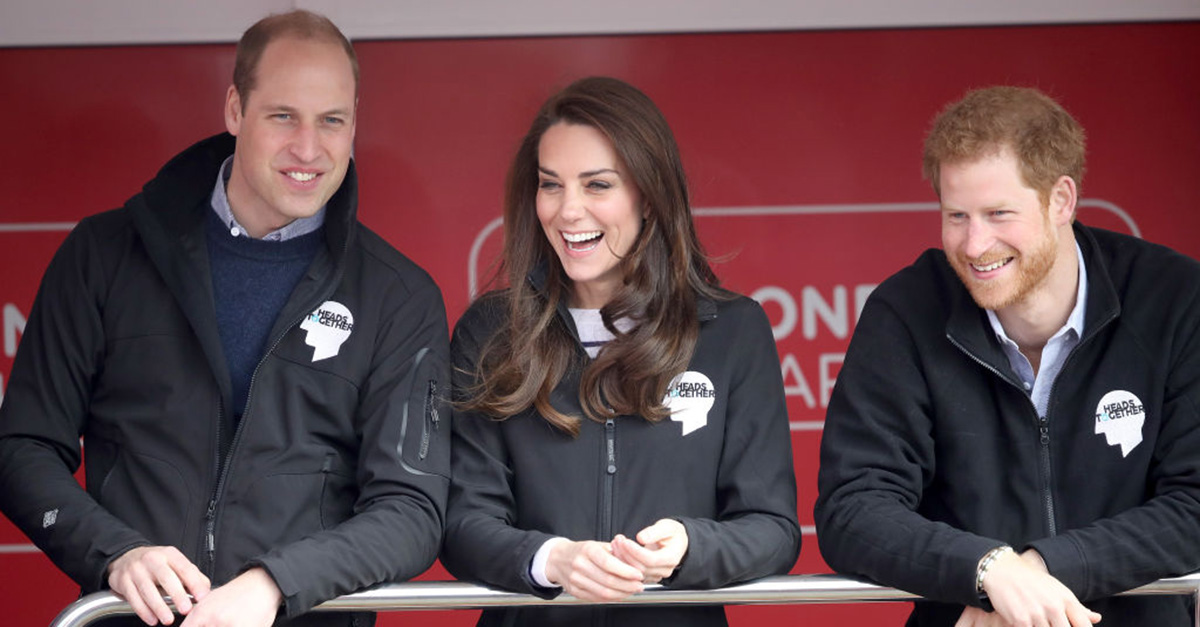 Prince Harry, Prince William and Duchess Catherine were some of the biggest cheerleaders at the London Marathon on Sunday.

The royals’ mental health charity, Heads Together, is the official charity of the marathon, and according to PEOPLE, William, Harry and Kate were at the starting line for the run.

Prince Harry reportedly greeted runners with big hugs ahead of the race and even joined pre-race warm-up with great enthusiasm. William also socialized with runners before the marathon took off and was particularly interested in Lloyd Scott, who ran the marathon in a 120 lb. antique diving suit in 2002.

Ahead of the marathon, William, Harry and Catherine all opened up about their own experiences with their mental health.

On a podcast with Bryony Gordon, Harry revealed he “buried” his emotions after his mother, Princess Diana died.

?I can safely say that losing my mom at the age of 12 and therefore shutting down all of my emotions for the last 20 years has had quite a serious effect on not only my personal life but also my work as well,? Harry admitted.  ?My way of dealing with it was sticking my head in the sand, refusing to ever think about my mum because why would that help??

He shared that after seeking therapy, he was able to get his life back on track.

RELATED: It looks like Meghan Markle will by Prince Harry?s side at Pippa Middleton?s wedding ? but there?s a catch

The Duchess also opened up about the struggles of motherhood and how she felt “lonely” soon after welcoming her children.

?It is lonely at times, and you do feel quite isolated, but actually so many other mothers are going through exactly what you are going through,? she said. ?It is being brave enough, like you obviously were, to reach out to those around you.?

After the race began, the royals stood on the podium and cheered runners on and were later spotted chatting with fellow supporters as the runners sprinted by. As they cheered, William, Harry and Catherine waved big, blue Heads Together foam fingers around.

Heads Together was reportedly chosen as the official charity partner for London Marathon, and the royals made sure to come out in full support.

On Friday, an official spokesperson spoke about the enthusiasm the family had in joining and supporting the race:

At the end of the race, William, Harry and Catherine passed out medals to each of the marathon runners with big smiles on their faces.

At the #LondonMarathon finish line Their Royal Highnesses handed out medals to those who have completed the run. #Teamheadstogether