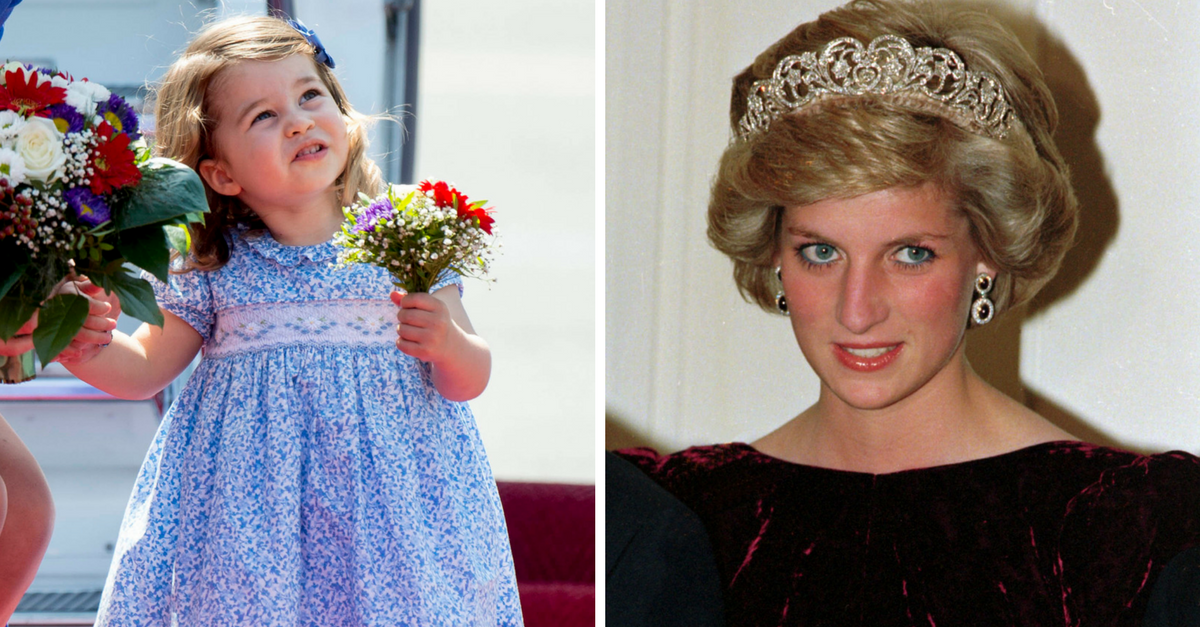 Princess Charlotte has a lot in common with her late grandmother Princess Diana, including her favorite hobby: dancing.

The young royal is reportedly learning how to dance, a fun fact Duchess Catherine revealed while chatting with representatives of Princess Diana’s favorite charities in Kensington Palace’s White Garden.

“She absolutely loves it,” the Duchess said of her toddler daughter.

Like Princess Charlotte, Princess Diana loved to dance, having studied tap, modern, ballet, and jazz as a child. She was a “fantastic dancer” according to Prince William, and she frequently showed off her skills during her time as a royal. Most notably, the princess danced with John Travolta at the White House in the 1980s.

“I remember [my mother] showing me ballet shoes she had been given, and she was so proud of them,” Prince William recalled. “We’ve been going through her music collection recently, and there’s some quite eclectic stuff in there.”