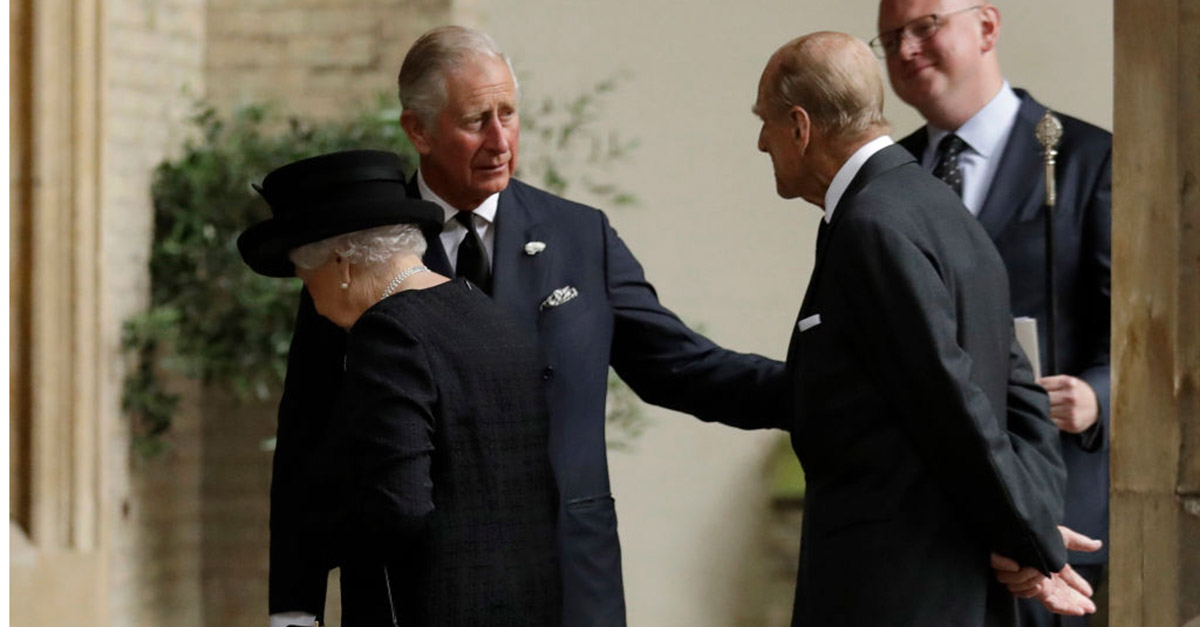 It was a day of mourning for Queen Elizabeth II, Prince Philip and Prince Charles.

On Tuesday, the royal family attended the funeral of Countess Mountbatten of Burma, who survived the IRA bomb that killed her teenage son and her father in 1979.

Countess Patricia Mountbatten died peacefully in her home on June 13, according to PEOPLE. She was 93.

The Countess is Prince Philip’s cousin and suffered a devastating loss in August 1979 when the IRA blew up the family’s boat in Co Sligo, Ireland. Her father, Earl Mountbatten, died on impact and her 14-year-old son, Nicholas Knatchbull, was also killed in the blast. Countess Mountbatten was pulled from the water and needed 120 stitches on her face following the blast.

RELATED: Princess Diana allegedly made threatening phone calls to Camilla during her marriage to Prince Charles

Queen Elizabeth II, then Princess Elizabeth served as a bridesmaid in her 1946 wedding to Lord Brabourne. He passed away in 2005.

At the service at St. Paul’s Church in London, Prince Charles greeted his parents before saying goodbye to the Countess. Prince Philip reportedly seemed to be in good health following a brief hospitalization last week. Prince Andrew, Sophie, Countess of Wessex and Princess Anne were reportedly among the mourners.

Prince Charles addressed the nearly 500 friends and family members of the Countess as he remembered his “very special godmother.”

?I was deeply saddened to learn of the death of my very special godmother, Lady Mountbatten, whom I have known and loved ever since I can first remember,” Charles said in a statement following her death. “She played an extremely important part in my life and I shall miss her presence most dreadfully.?

May she rest in peace.