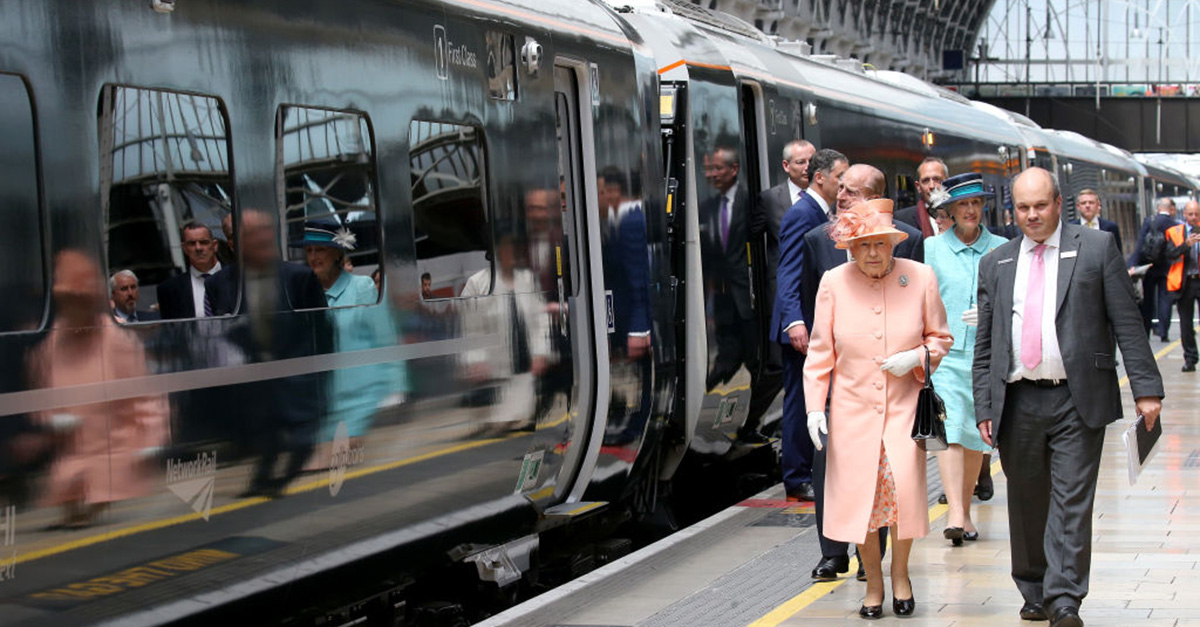 Photo by Chris Jackson/Getty Images
LONDON, ENGLAND - JUNE 13: Queen Elizabeth II and Prince Philip, Duke of Edinburgh (behind) arrive at Paddington Station as they mark the 175th anniversary of the first train journey by a British Monarch on June 13, 2017 in London, United Kingdom. The first journey was made on the same route from Slough to Paddington by Queen Victoria on June 13th, 1842. (Photo by Chris Jackson/Getty Images)

On Tuesday, the queen took the journey from Slough, near her Windsor Castle home, to Paddington in west London 175 years after Queen Victoria became the first member of the British royal family to take a train. Queen Victoria first took the ride in 1842, and the journey took about 30 minutes.

The Queen and The Duke will recreate the 1st Royal train journey from Slough to London Paddington – made by Queen Victoria #OTD in 1842. pic.twitter.com/t0d0GYFqzr

The queen and her husband enjoyed about a 19 minute journey on the new train.

Before boarding the train, the royal couple walked through the original waiting room at Slough Railway, which was once used by Queen Victoria.

RELATED: Duchess Catherine made a surprise visit to the hospital that treated the victims of the London Bridge attack

She regularly used trains before this journey and often took them back and forth from London to her Norfolk estate.

?It was really interesting. It was a privilege to be seated next to the queen. We talked about railways,? Isambard Thomas, the great-great-great grandson of engineer Isambard Kingdom Brunel, told PEOPLE of the experience. ?I was very much at ease. It didn?t feel awkward. It was fascinating how much interest she had in trains and train journeys.?