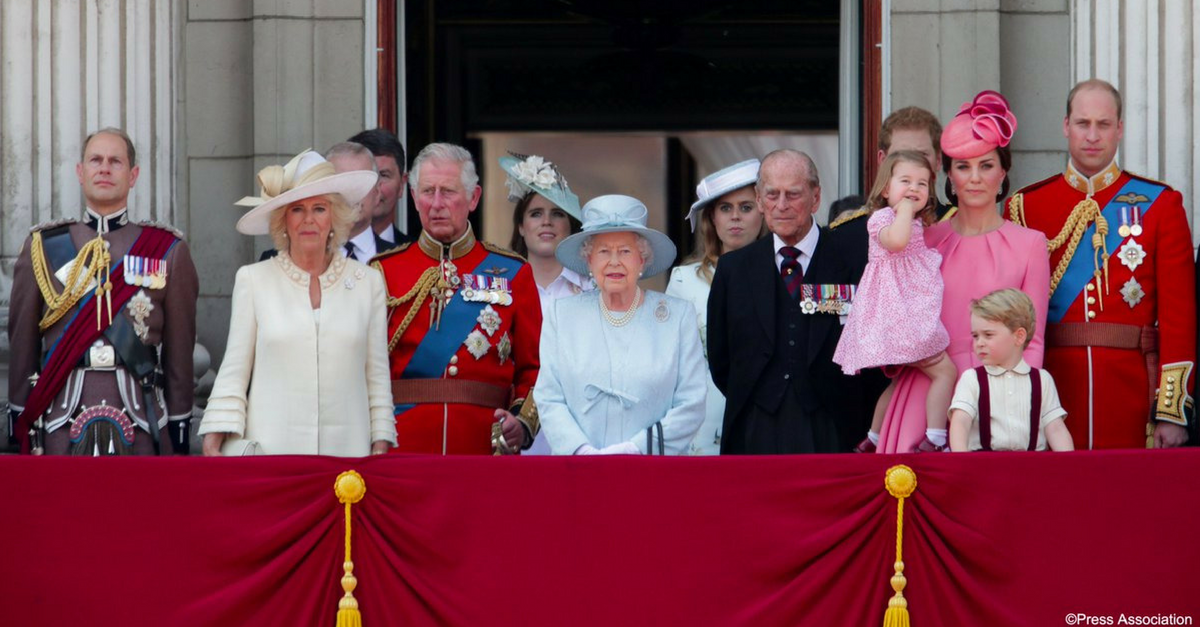 Although Queen Elizabeth II’s birthday is April 21, Saturday was her “official” birthday, as it’s customary to celebrate her birthday publicly during the summer when the weather is nice. To commemorate the occasion, the royal family and regiments of the United Kingdom’s military paraded through the streets of London for the annual Trooping the Colour.

The Queen and Prince Phillip traveled in a carriage, as did Duchess Camilla, Prince Harry and Duchess Kate. As is the custom, Prince William, Prince Charles and Princess Anne rode on horseback.

Today The Queen and other members of The Royal Family attend Trooping the Colour – The Queen’s birthday parade on Horse Guards Parade. pic.twitter.com/dffWq4WC0y

RELATED: The Queen and Prince William visit the emergency shelter for survivors of the Grenfell Tower fire

The royals then watched the regiments perform the Trooping, “which displays the discipline of The British Army.”

The Queen, The Duke of Edinburgh & The Duke of Kent watch regiments perform the Trooping, which displays the discipline of The British Army. pic.twitter.com/1wKrUU32hJ

After the Trooping, the Queen and the members of the royal family gathered on the balcony of Buckingham Palace to watch the Royal Air Force perform their display.

After the Trooping, The Queen & members of The Royal Family stand on the balcony of Buckingham Palace to watch the @RoyalAirForce fly past. pic.twitter.com/xBSs6j9EG2

The @RoyalAirForce Red Arrows perform their display above the crowds gathered on The Mall and outside Buckingham Palace. pic.twitter.com/V0j4Qj9MNn

Ahead of the ceremony, the Queen issued a solemn but hopeful statement to her people:

Today is traditionally a day of celebration. This year, however, it is difficult to escape a very’ sombre national mood. In recent months, the country has witnessed a succession of terrible tragedies.

As a nation, we continue to reflect and pray for all those who have been directly affected by these events. During recent visits in Manchester and London, I have been profoundly struck by the immediate inclination of people throughout the country to offer comfort and support to those in desperate need.

Put to the test, the United Kingdom has been resolute in the face of adversity. United in our sadness, we are equally determined, without fear or favor, to support all those rebuilding lives so horribly affected by injury and loss.

A message from The Queen on Her Majesty's Official Birthday. https://t.co/vaKt5qj7IZ pic.twitter.com/Tv7t9aB3PV

RELATED: The queen offers words of encouragement to the victims and families of the Grenfell Tower fire