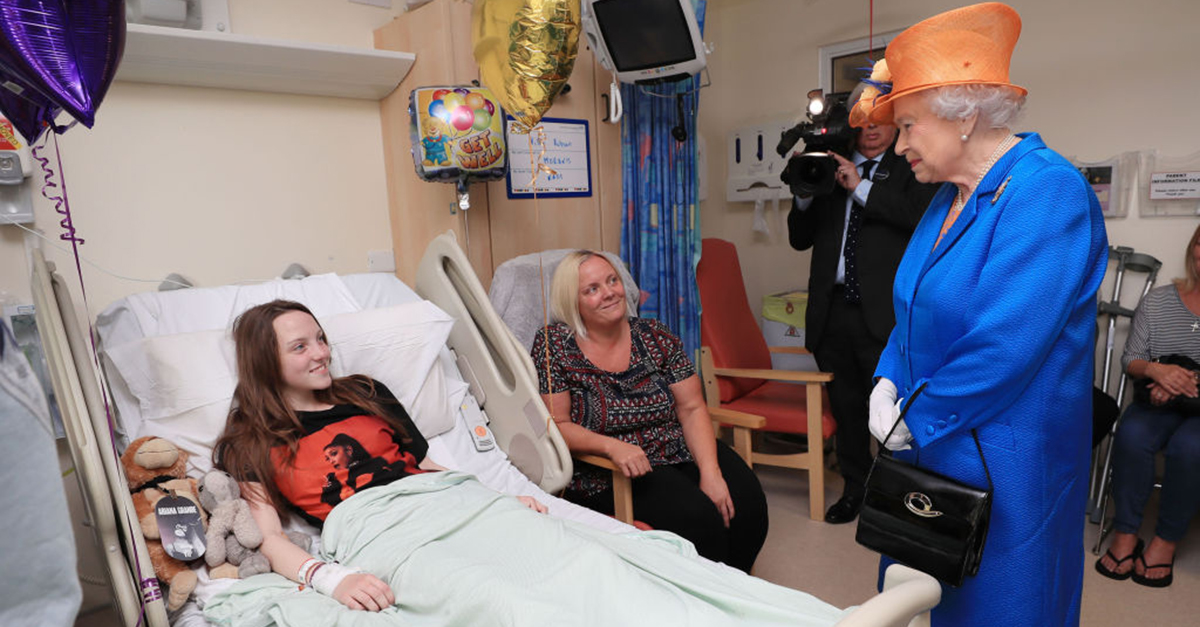 Queen Elizabeth II visited victims of the Manchester bombing in the hospital.

On Thursday, the Queen visited several of the victims of the horrific tragedy following the Ariana Grande concert in Manchester. She reportedly arrived around 11:20 a.m. following a moment of silence for those who lost their lives as well as the injured and their families.

Among the victims the Queen visited was 14-year-old Evie Mills who had received tickets to the concert as a gift for her birthday from her parents. The Queen was also overheard telling them that “everyone is united” following the attack.

RELATED: Céline Dion was choked up as she shared this beautiful tribute to the victims of the Manchester attacks

According to PEOPLE, she also spent time with 15-year-old Mille Robson who shared that she had won VIP passes to meet Grande backstage.

“It?s not something you expect at all,? Queen Elizabeth said to Robson’s father after wishing her a speedy recovery.

Following the meeting with victims, Queen Elizabeth took a tour around the hospital and met with doctors and nurses in the unit. The Royal Manchester Children?s Hospital is reportedly one of the most important hospitals in the U.K. and treats nearly 200,000 people each year.