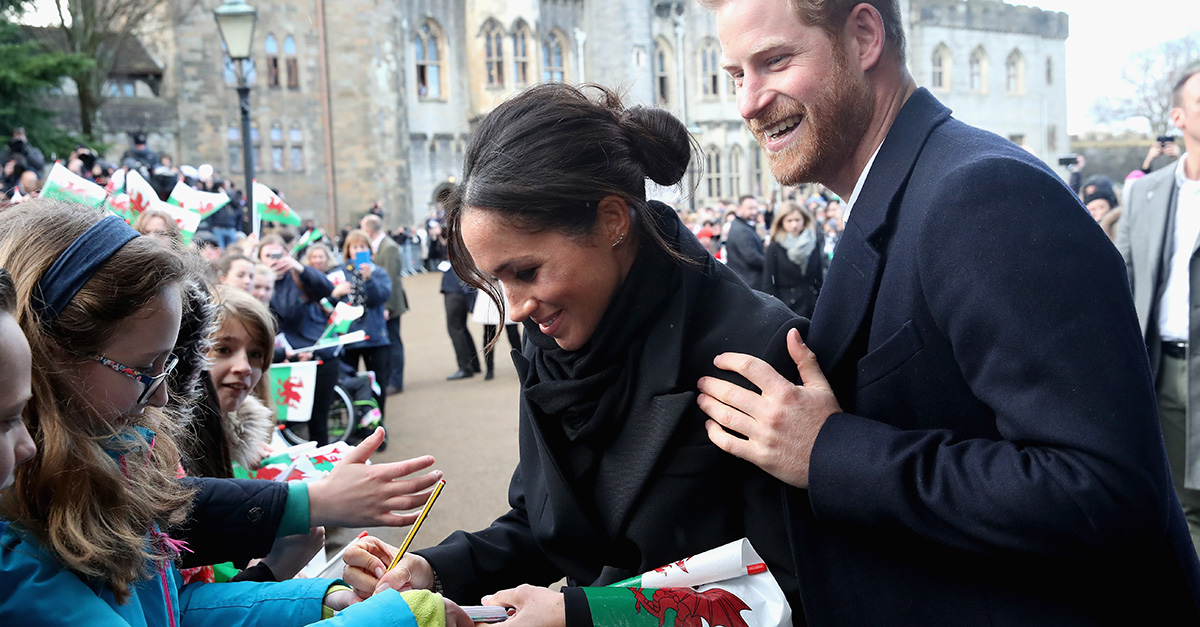 Meghan Markle broke royal protocol again on Thursday when she appeared alongside her beau Prince Harry at an engagement outside of Cardiff Castle in Wales.

The former “Suits” actress made the royal no-no when she stopped and gave an autograph to an adoring fan in the crowd. PEOPLE reports that Markle took things one step further when she posed for a selfie with another teen in the crowd. The ecstatic teen who managed to get an autograph from Harry’s bride told the publication, “My heart is still racing. I?ve never got a royal autograph before. This is going to make everyone jealous.?

This isn’t the first time Markle has made the news for rebelling against royal norms.

RELATED: Prince William turns heads with the debut of his a totally new look at his latest appearance

Earlier this month, Markle appeared with a laid back messy bun during an appearance at a South London radio station with Harry.

She and Harry have also been rule breakers since before they went public with their engagement! The couple were spotted last September at the Invicitus Games hand-in-hand as they took in some of the games.

?The couple are likely to show very little PDA, if any, to remain professional during their designated roles abroad,? royal etiquette expert Myka Meier said of William and Catherine’s lack of public displays of affection.

“It certainly makes a statement,? she said. ?To show PDA as a representative of the British monarchy at such an official event says everything! Rarely in the past have we seen unmarried royals showing PDA with significant others at a public event ? it?s a sure sign that things are as serious as they could be without being engaged.?

The couple announced their engagement in November and are set to wed on May 19 at Windsor Castle.