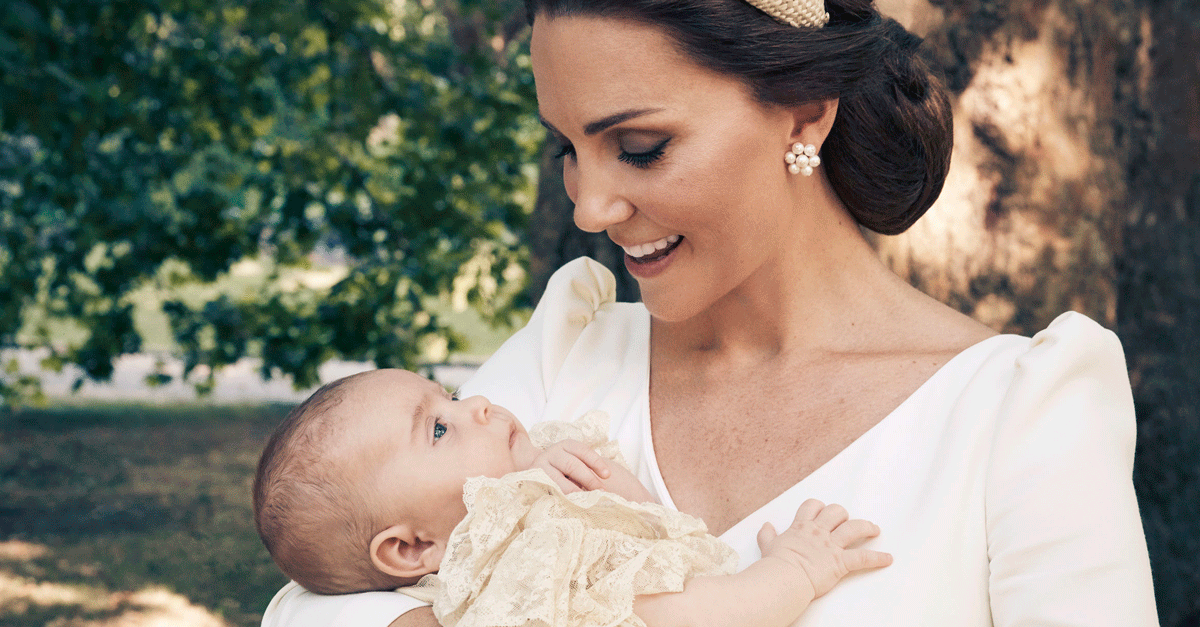 LONDON (AP) ? Kensington Palace has released family photos of Prince Louis in the arms of his mother, the Duchess of Cambridge, to mark the baby boy’s christening. The four official photos were taken at Clarence House in London after Louis was baptized in the chapel at St. James’s Palace on July 9.

The images, taken by celebrity photographer Matt Holyoak, show Prince William and Kate posing with their three children ? Louis, Princess Charlotte, 3, and Prince George, 4 ? as well as with their wider family.

One shows Kate in a garden cuddling and gazing down at Louis, dressed in a frilly cream lace royal christening gown ? a replica of the intricate robe made for Queen Victoria’s eldest daughter in 1841.