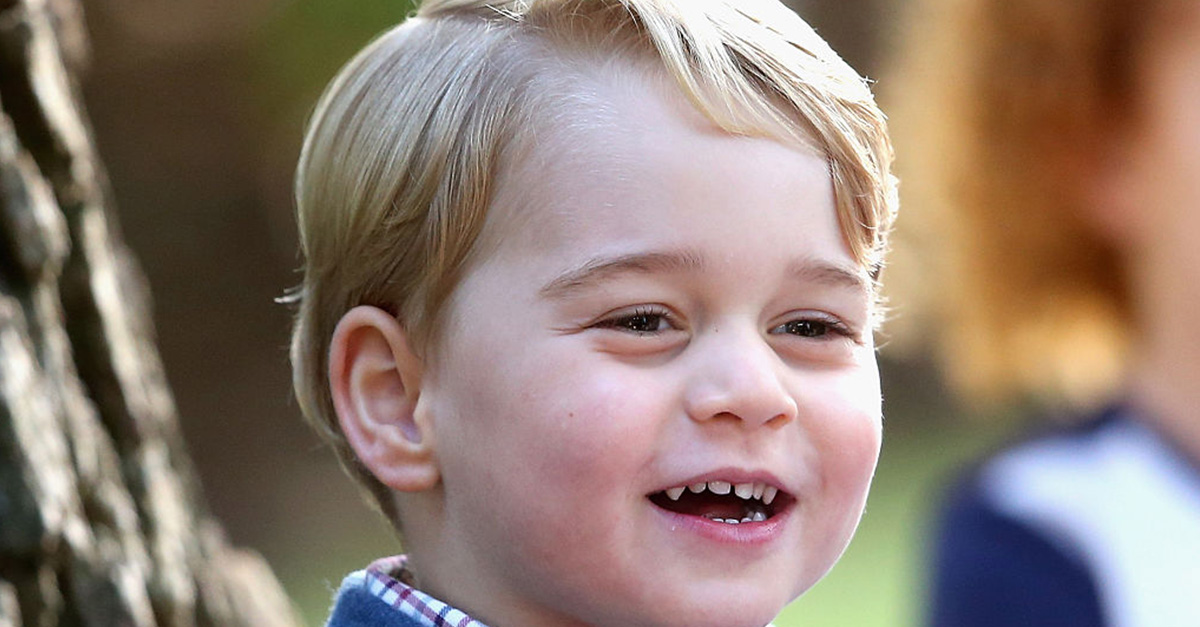 Photo by Chris Jackson - Pool/Getty Images
VICTORIA, BC - SEPTEMBER 29: Prince George of Cambridge plays with bubbles at a children's party for Military families during the Royal Tour of Canada on September 29, 2016 in Victoria, Canada. Prince William, Duke of Cambridge, Catherine, Duchess of Cambridge, Prince George and Princess Charlotte are visiting Canada as part of an eight day visit to the country taking in areas such as Bella Bella, Whitehorse and Kelowna (Photo by Chris Jackson - Pool/Getty Images)

After Prince William revealed his son Prince George’s favorite television show, it looks like the little royal will be making an appearance on it very soon!

“We’re going to celebrate ‘Fireman Sam’s’ 30th anniversary by introducing a very special episode,” producer Ian McCue revealed. “We heard that we have a very famous fan in Prince George, so we thought it would be really fun to bring a royal family to Pontypandy and see how the community reacts to that.”

RELATED: Prince William reveals his favorite dish but he may not want to make it for Duchess Catherine anytime soon

“Fireman Sam” is the 4-year-old prince’s favorite animated show, as the Duke of Cambridge previously revealed, saying, “‘Fireman Sam’ has taken an awful lot of interest.” So, as the fire station in the make-believe village celebrates its 30th birthday on this week, the town will be receiving a royal visitor in order to give a nod to “a certain little Royal fan.” Word has it, Prince George may even save the day in the episode by flying a helicopter.

Aware of her son’s love for the show, Duchess Kate even once purchased a book from the series while visiting a thrift store run by one of her charities last year. In addition to being a big “Fireman Sam” fan, the little prince also reportedly shares a love of helicopters with his father, who served as a pilot.

“‘Fireman Sam’ has been enjoyed by generations over the past 30 years and is a true icon of children’s television around the world,” McCue said. “We can’t wait for fans to see the special royal episode and the new series which will be out next year.”