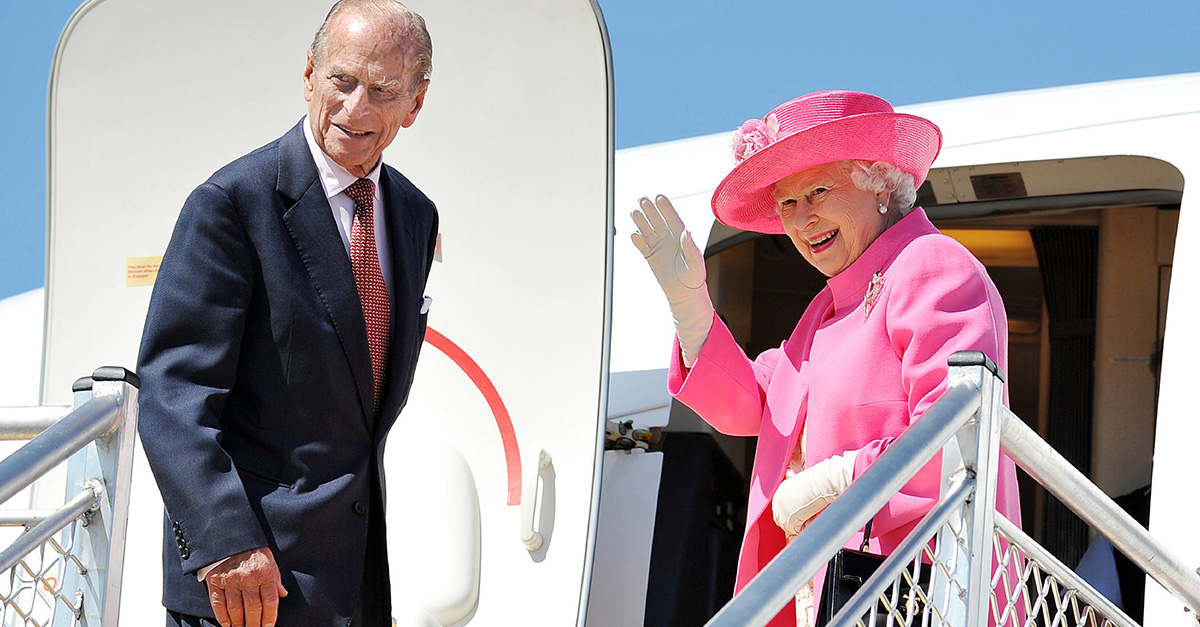 Photo by Smith Ellen-Pool/Getty Images
MELBOURNE, AUSTRALIA - OCTOBER 26: Queen Elizabeth II and Prince Philip, Duke of Edinburgh board a plane on October 26, 2011 in Melbourne, Australia. The Queen and Duke of Edinburgh are on a 10-day visit to Australia and will travel to Canberra, Brisbane, and Melbourne before heading to Perth for the Commonwealth Heads of Government meeting. This is the Queen's 16th official visit to Australia. (Photo by Smith Ellen-Pool/Getty Images)

With all of the riches and fortunes at her disposal, one would think that Queen Elizabeth II would have no problem saying “out with the old, in with the new” but when it comes to her luggage, she likes things just the way they are.

The particular design favored by the Queen is likely from the Original collection created in 1897 and an updated version is available for purchase on the brand’s website.

Though, Globe-Trotter’s luggage isn’t the only item Queen Elizabeth has kept through the years. Her Royal Highness also favors the British coat brand Barbour so much that instead of purchasing a new coat every few seasons, she returns her old one to be refurbished. Actress Helen Mirren was even spotted in a Barbour jacket in her portrayal of Queen Elizabeth II in the 2006 film, “The Queen.”

“The Queen, for example, when she sent her long jacket back to us, we said, ‘we’d like to present you with a new one ma’am.’ And, her secretary said ‘well, the Queen would be very pleased to accept your kind offer but she would like her old one back, please, reproofed,” Barbour chairman Dame Margaret Barbour told “CBS Sunday Morning” on a January 7 broadcast.

Some things are just better when they are worn in, even for the Queen.