It looks like our favorite royal duo (tied with Kate Middleton and Prince William, of course) is now on social media! The Duke and Duchess of Sussex have created an Instagram account that not only caused commotion worldwide but actually broke a Guinness World Record. The Instagram, which is under the username @sussexroyal, has become the fastest account ever to gain 1 million followers in less than 12 hours!

What was the exact time? The account, which was created on April 2, 2019, reached the 1 million mark in five hours and 45 minutes, beating a record held by Korean pop sensation Kang Daniel of 11 hours and 36 minutes. Since then, The Sussex account has grown to 3 million followers! If that’s not impressive, I don’t know what is.

A post shared by The Duke and Duchess of Sussex (@sussexroyal)

The couple previously connected with the world through the Kensington Palace’s official social media accounts, which used to update equally between Prince Harry, Meghan Markle, Prince William, and Kate Middleton. But now, the Kensington Palace account will be the official account of The Duke and Duchess of Cambridge, Prince William and Kate. While the Sussex account will be the official account for the Duke and Duchess of Sussex, Prince Harry and Meghan.

Could it be that the soon to be parents decided to open the account because the Duchess is ready to pop? Who knows, but rumor has it that Markle is expected to give birth in late April or early May! So, maybe? If so, I’m all up for it. Show us that royal baby, asap!

Two days in and the duo has already shared several photos with their followers, including some from their Australia trip last Fall with both royals waving and greeting fans all around. Before officially becoming part of the Royal Family, Markle decided to delete her Twitter, Instagram and lifestyle blog a few months before her engagement to Prince Harry. So, it’s good to see that the former “Suits” actress is getting back to her social media roots.

Whatever the case is for creating an account, it sure feels good to see their happy faces. Call me a sucker for the royal family if you must, but I’m way too invested in this and won’t stop obsessing over them anytime soon. 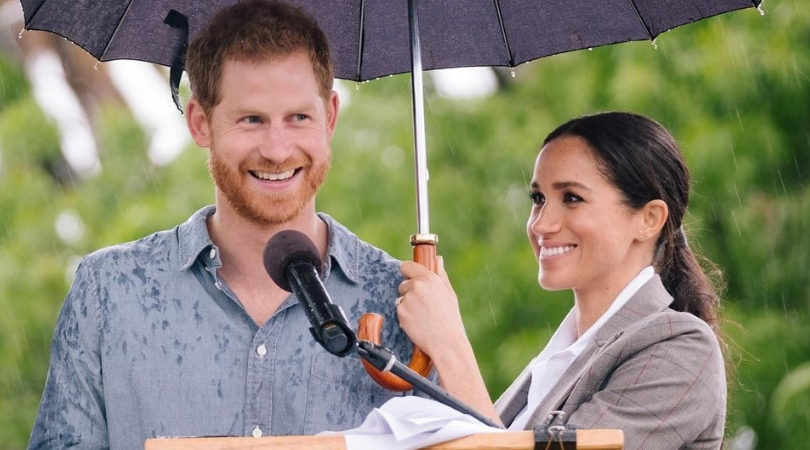