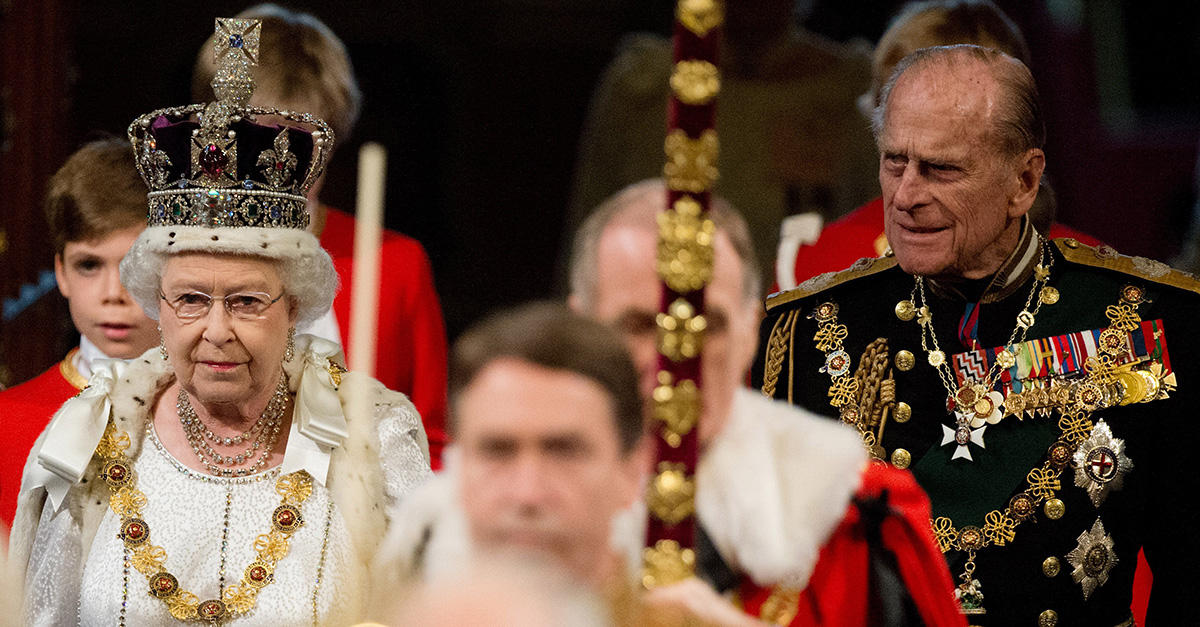 Photo by Leon Neal - WPA Pool/Getty Images
LONDON, ENGLAND - MAY 09: Queen Elizabeth II, wearing the Imperial State Crown, and Prince Philip, Duke of Edinburgh proceed through the Royal Gallery in the Palace of Westminster during the State Opening of Parliament on May 9, 2012 in London, England. Queen Elizabeth II unveiled the coalition government's legislative programme in a speech delivered to Members of Parliament and Peers in The House of Lords. New legislation is expected to be introduced on banking reform, House of Lords reform, changes to public sector pensions and plans for increased internet monitoring. (Photo by Leon Neal - WPA Pool/Getty Images)

Apparently, wearing a crown isn’t as easy as it looks!

Queen Elizabeth II opened up about her own coronation in a new documentary, “The Coronation,” where she discussed the downfall of wearing her Crown jewels. The Queen uses the same crown her father, King George VI wore during his reign but through the years, she has made a few adjustments to it to ensure a better fit.

“You see? It’s much smaller, isn’t it? It was the same height. You know, it would have been up to about there when my father wore it,” she said in the documentary, using her hand to show how big it used to be when her father wore it.

RELATED: The Queen never travels without this important possession she?s owned since her honeymoon in 1947

“Yes. Fortunately, my father and I have about the same sort of shaped head, but once you put it on, it stays. I mean, it just remains itself,” she said. When she wears the crown, the Queen must keep very still and cannot look down to read a speech.

“You have to take the speech up,” she said, “because if you did [look down], your neck would break. It would fall off.”

“The Coronation” airs on the Smithsonian Channel on January 14 at 8 p.m..