He might be tiny, but the music he plays on the violin is larger than life 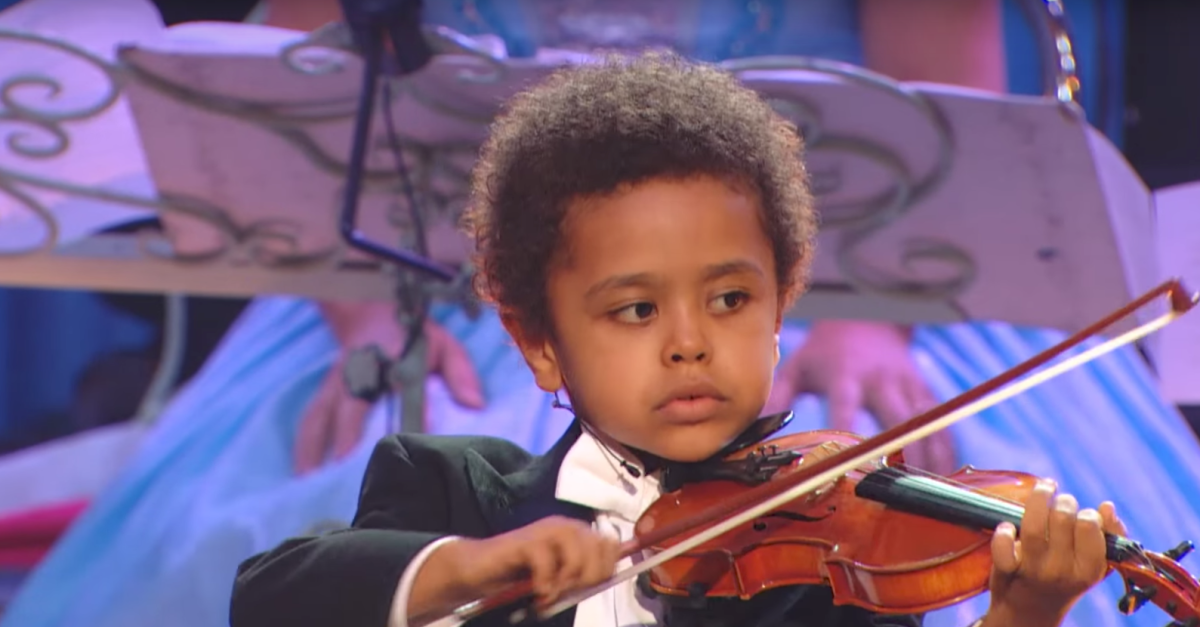 Sometimes, talent shines through at a very early age. Five-year-old Akim Camara is one such example.

Watch as he plays Felix Mendelssohn’s “Dance of the Fairies” with André Rieu and the Johann Strauss Orchestra at New York City’s Radio Music Hall. Maestro Rieu is the wildly popular founder and conductor of the orchestra and has been credited with the great popularity of waltz music.

During a Dutch TV interview, Rieu said that he got a compelling letter from Camara’s parents telling him about their child. He sent a camera crew to meet Akim and immediately recognized his special abilities.

Akim began playing the violin when he was only 2-years old and had his first big gig at the ripe old age of three. He performed with Andre Rieu at the Parkstad Stadium in the Netherlands during his Flying Dutchman Concert. He got his first standing ovation at that young age.

Akim played this impressive performance with Maestro Rieu when he was five. Now that he’s a teen, he is able to play any piece after hearing it just once. His parents are encouraging him to lead a normal life while continuing to develop his talents.

“With his uncanny ability to memorize a musical piece after hearing it only once or twice, Akim’s talent developed rapidly and his youthful enthusiasm and passion for the violin only grew,” André Rieu wrote on YouTube. Rieu is a Dutch violinist and conductor, best known for creating the waltz-playing Johann Strauss Orchestra.