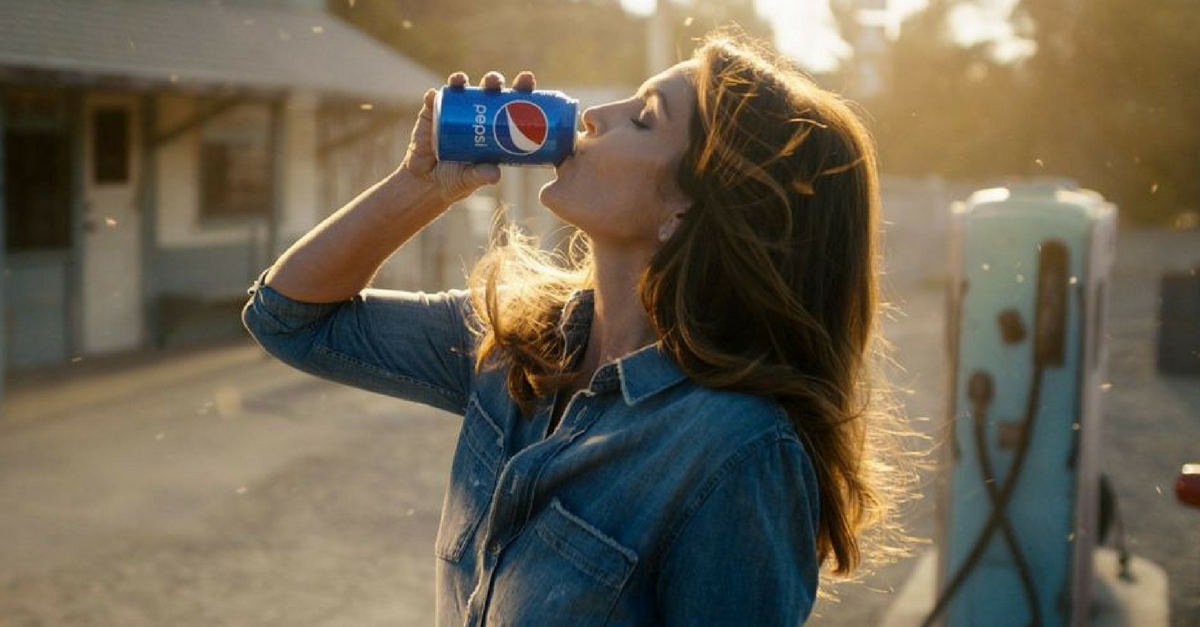 Pepsi sure has come a long way since its debut in 1893 (it was first called “Brad’s Drink” then renamed “Pepsi-Cola” in 1898) and this new commercial for the upcoming Super Bowl LII takes viewers back in time through some of the biggest pop culture moments in its 120 year history.

The commercial starts out introducing the beverage as the “Pepsi your dad drank” and “the Pepsi his dad drank before meeting your grandma” and boasts about being the first Pepsi on the moon and maybe even Mars before introducing some of our favorite celebrities.

Presley Gerber appears as “the model” who recreated his mom, Cindy Crawford’s iconic 1992 Pepsi ad and with a little help from Crawford herself. “Hi Cindy, show him how it’s done,” the voiceover guy, Jimmy Fallon said.

Crawford previously opened up about sharing a set with her son to PEOPLE.

?Just as a mother, we drove to work together that day, and we shared the same trailer,? she said. ?And when he was doing his thing, I was just a proud mom watching from the sidelines, trying not to annoy him.?

Kyrie Irving is also seen reprising his role as Uncle Drew on the basketball court for the new ad, too!

RELATED: Here?s what Kendall Jenner?s been doing after that ?tone-deaf? Pepsi ad debacle

This commercial continues through pop culture history reflecting on the “Back to the Future” commercial where Pepsi is on a joy-ride in the DeLorean before race car driver and Pepsi spokesperson Jeff Gordon wizzes by.

Pop star Britney Spears gives us a wink in the ad and so does the late King of Pop Michael Jackson, who moonwalks by the camera with a Pepsi.

Look out for “This Is The Pepsi” to air during the Super Bowl LII on Sunday, Feb. 4.