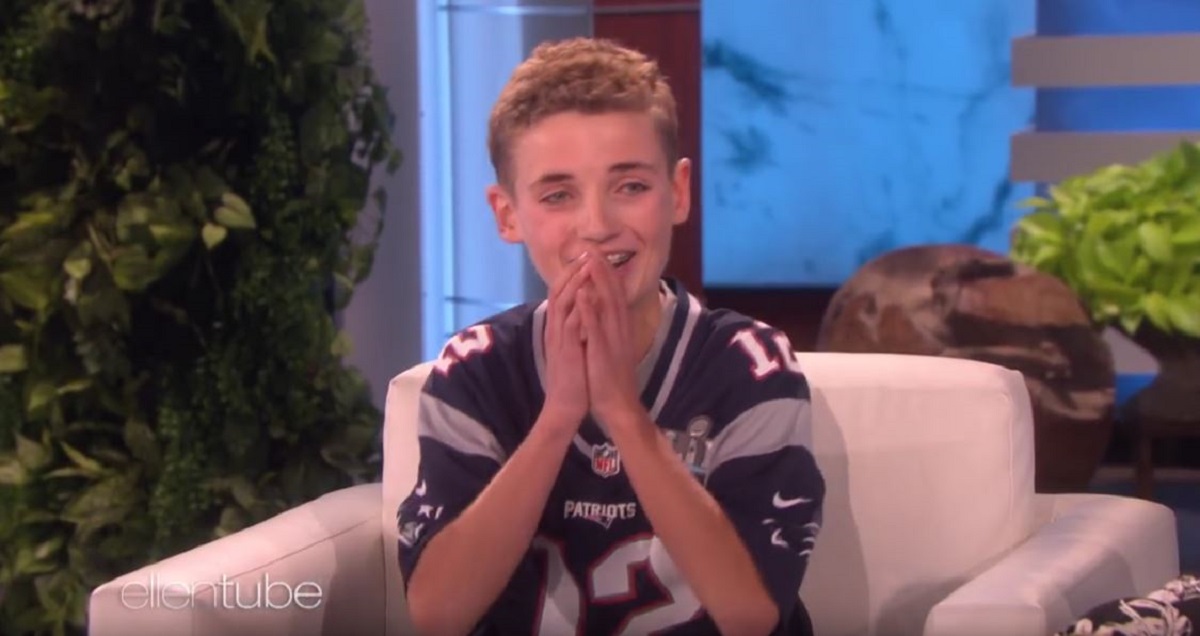 “Selfie Kid” Ryan McKenna has taken the world by storm since he appeared alongside Justin Timberlake during the Super Bowl Half Time Show!

On Friday, McKenna appeared on “The Ellen DeGeneres Show” and dished about that moment where he became an internet sensation when he posed for an epic selfie with Justin Timberlake. The moment he struggled with his phone to snap the photo is what really took the internet by storm and McKenna was quick to defend himself and explain what was really going on.

“I have the iPhone 6, and that thing’s just slow, and it shut off, so that’s when all the memes formed,” he said.

DeGeneres told McKenna that he kind of reminds her of Timberlake and then things really took off. She surprised him by having Timberlake, himself, call into the show and McKenna’s reaction was priceless.

“Oh my God, I can’t believe this,” he said through tears.

DeGeneres applauded her good friend’s performance as McKenna took a moment to compose himself. Timberlake thanked DeGeneres and made sure to let her know he worked in that “sexy belly rub” before explaining how that selfie with McKenna came to be.

“I wanted to end the performance with ‘Can’t Stop The Feeling,’ just because I see how people respond to that song and cut to Ryan,” Timberlake said.

DeGeneres continued, “Everybody loves Justin. And, now you are a part of his life. I’m sure he will send you money and do all kinds of things. Do you have anything at all for him Justin?”

It just so happens that Timberlake did have something special coming up for McKenna. The singer invited the teen and his family to meet him backstage at his upcoming concert in Boston. McKenna couldn’t contain his excitement when DeGeneres handed him the tickets.

“Oh my god, thank you so much!” he said. McKenna also gave the family VIP passes to a New England Patriots home game next season.

Before ending the call, Timberlake shared one more message to McKenna.

“Ryan, I look forward to meeting you and our second selfie together!” he said.