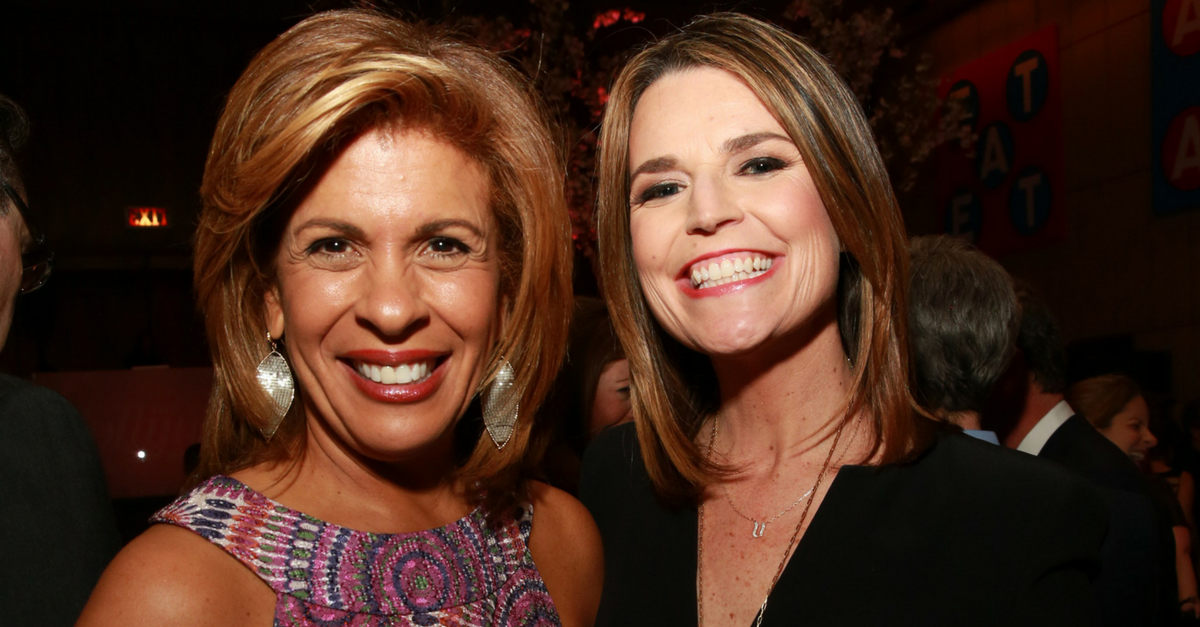 The decades-old format of male and female co-anchors on morning news shows may be yesterday’s news.

RELATED: Hoda and Savannah dropped the smiles when reporting on the latest Matt Lauer development

In the wake of the firings of Matt Lauer and Charlie Rose, their respective networks are exploring another intriguing avenue: having two women headline “TODAY” and “CBS This Morning.”

Last week, fourth-hour co-host and frequent fill-in Hota Kotb co-helmed the desk with anchor Savannah Guthrie on “TODAY.” She is expected to continue this week, according to CNN.

Meanwhile, over at CBS, Bianna Golodryga, a relatively new face on the network, has gotten the go-ahead to co-anchor this week, although “Face the Nation” moderator John Dickerson will fill in next week.

The #MeToo movement and the subsequent fallout of sexual harassment claims continuing to surface have effectively changed the playing field for news shows.

“In talking to a lot of women anchors in the last few days, what they hope is that this will explode that myth,” The Hollywood Reporter’s Marisa Guthrie said Sunday on CNN’s “Reliable Sources.”

In addition, morning news programs’ major demographic target is women, so it makes sense to engage them with female hosts.

Over at “TODAY,” cast, crew and fans continued to reel from the public and sordid accusations against Lauer. On Friday, NBC News chair Andy Lack announced that NBC Universal would review the situation internally, assuring employees that company policies would be updated so victims would feel secure when bringing forward allegations of misconduct.

RELATED: Hoda Kotb gave her unfiltered thoughts on Matt Lauer after his shocking firing from NBC

“At the conclusion of the review, we will share what we’ve learned, no matter how painful, and act on it,” Lack said.

Still, there are some reports that point to a man getting the job. Willie Geist, the affable “Sunday TODAY” host and “Morning Joe” contributor on MSNBC, might just land the job in the end.