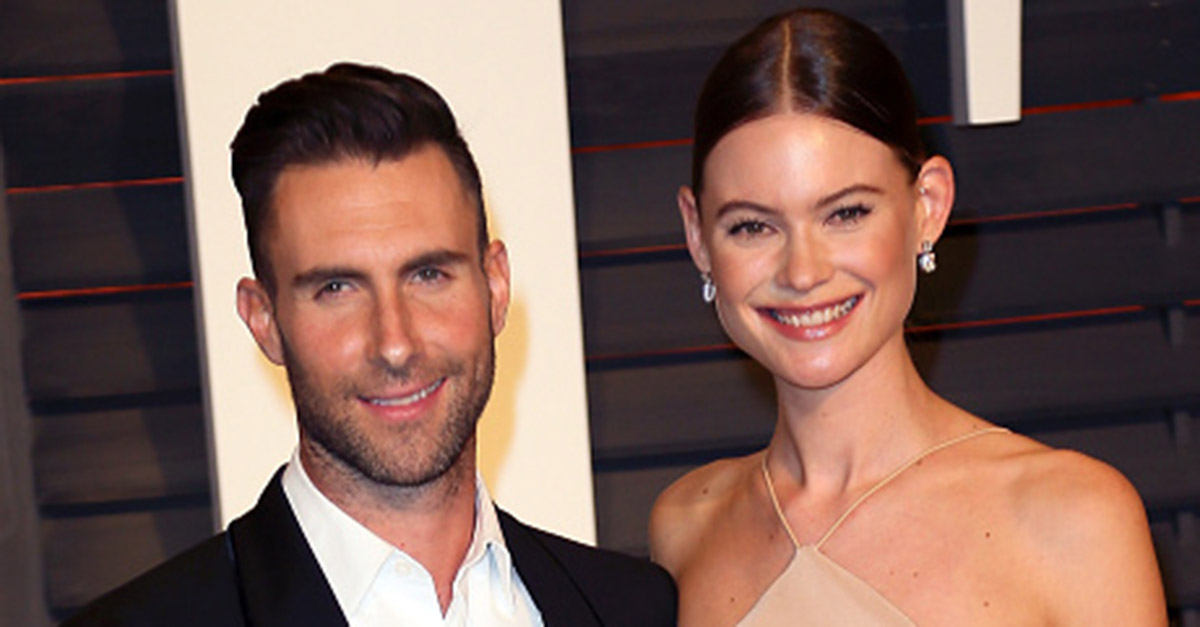 Congratulations are in order for Adam Levine and Behati Prinsloo who just welcomed their second daughter!

E! News was among the first to confirm the news on Friday and revealed that the proud parents named the newborn Geo Grace Levine.

On Wednesday, Levine gave fans a peek at his Valentine’s Day at home with Prinsloo just before she gave birth. In the hot shot, the model was eating chocolates in sweat pants with a bouquet of roses on the bedside nearby.

Prinsloo revealed she was expecting a second baby in September 2017 with a bathroom selfie as she posed in a bikini, full bump on display.

In November, Levine opened up to TV host Ellen DeGeneres about making more babies with his wife.

He also revealed that they were having another girl but did not reveal details about whether or not they had picked a name at that time.