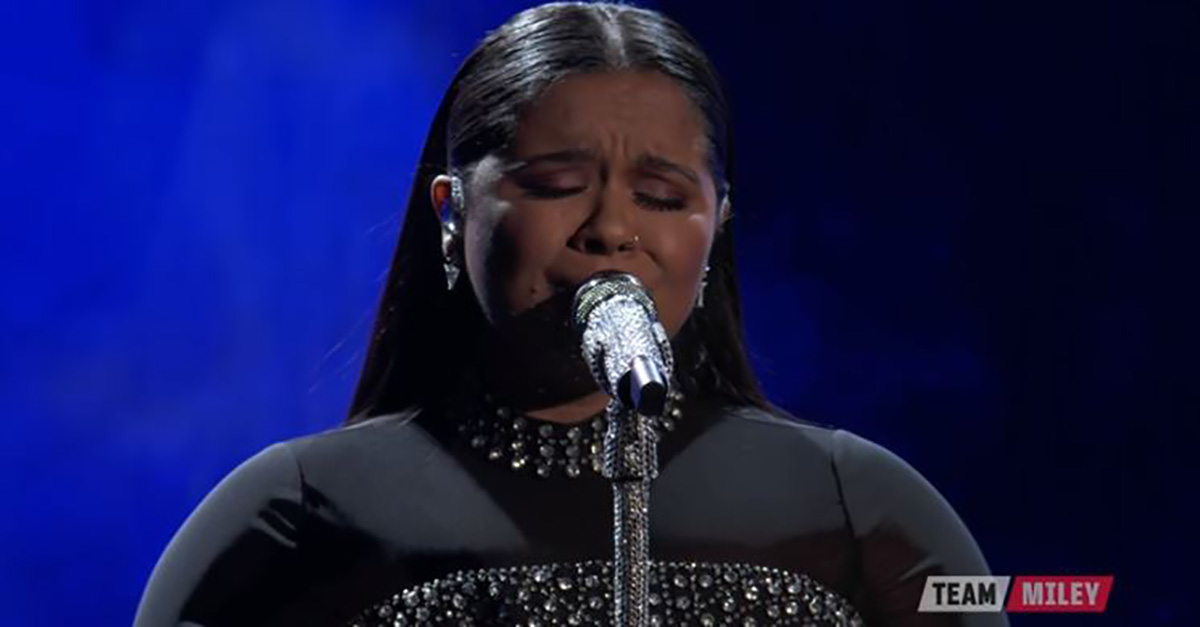 We already knew NBC’s The Voice contestant, Brooke Simpson, could sing, but her performance of “Amazing Grace” absolutely raised the bar.

During week three of the Voice performances, the crooner showed off her powerhouse pipes with an acapella version of the classic song. After a stunning opening in which she was shrouded in soft lighting and a blue background, Simpson was joined by background singers and guitarists that only served to elevate the performance.

The Team Miley Cyrus singer showed the tv show audience exactly why she earned four turned chairs during her blind audition back in September and why she made it to the Top 10.

Cyrus, her coach, wanted her to switch up her song choices “from mainstream current to completely traditional” music, and Simpson did not disappoint. According to the Florida native, the song held a special place in her heart.

?Songs like this are the reason why I fell in love with music,? she shared. ?My mom and dad are full time evangelists. Growing up every weekend, we would travel from church to church and witness the power of music. Songs like ?Amazing Grace? let me know that this is what I wanted to do for the rest of my life.?

A very impressed Jennifer Hudson offered Simpson a few words of encouragement saying, in part, “Not only your beautiful gift, but to sing from a place like that, to touch our hearts the way you just did, in your own way, from your own culture. And for all of that to come out, I?m just glad and grateful to be able to sit here and witness it ? and glad to see a voice like yours get this type of platform.”

Judge Blake Shelton also said, “This night has been stacking up like, it gets to a point where you?re like, OK, it can?t get much better. And Brooke, I gotta say, as an opposing coach, you just took it to the next level.?

According to Cyrus, Simpson “[had] the biggest voice in the competition,” and we definitely agree! The Haliwa-Saponi tribe member also sang in honor of her Native American heritage in her cover of “What About Us” by Pink.

Editor’s note: This article was originally published on December 5, 2017.

Watch: These Are Some of The Most Shocking ?The Voice? Blind Auditions We Have Ever Seen!