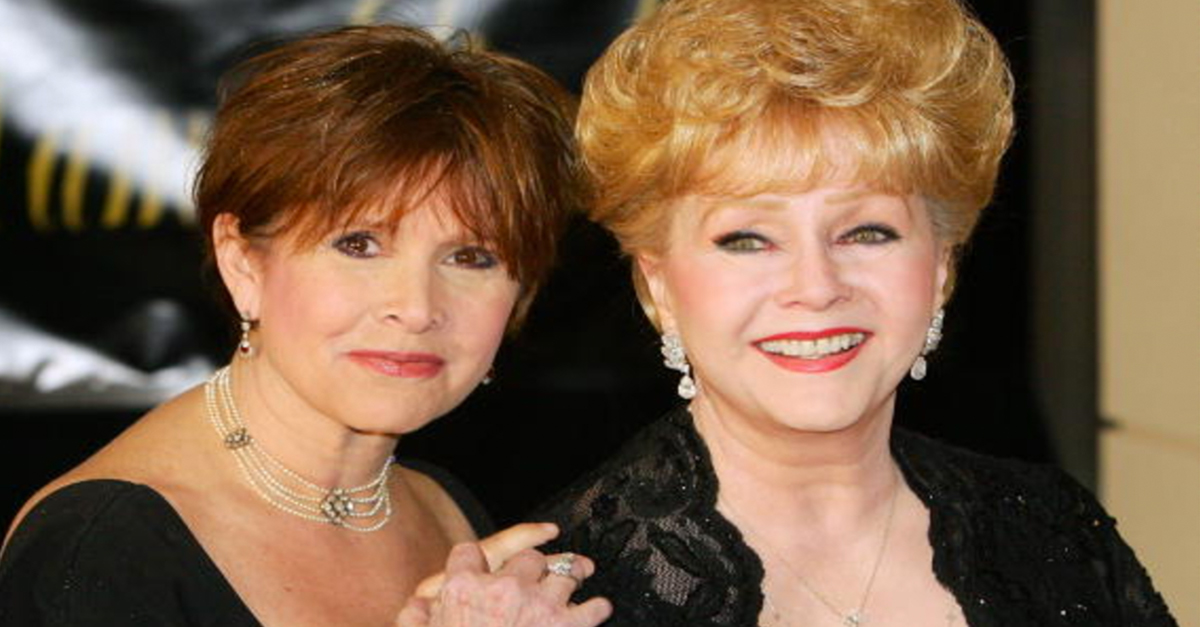 Grab the tissues for this one.

On Sunday night, Hollywood honored the late Debbie Reynolds and her daughter, Carrie Fisher, at the Golden Globe Awards.

A somber Jimmy Fallon introduced the segment, which included some of the mother and daughter’s highlights from their long careers on screen. A few of their moments performing together were also remembered.

According to TMZ, the tribute, though short and sweet, was even more special because the Golden Globes rarely take time to do memorials during their ceremony.

RELATED: Iman posted a sweet tribute to her late husband David Bowie ahead of the first anniversary of his death

Reynolds and Fisher died one day apart just after Christmas 2016. Fisher was hospitalized in the days leading up to the holiday after suffering a heart attack on an airplane. She was brought to a hospital and stabilized in ICU before passing away on December 27.

Her mother, Debbie Reynolds, suffered a fatal stroke one day after her death while reportedly making arrangements for Fisher’s funeral.

They were laid to rest together last week.