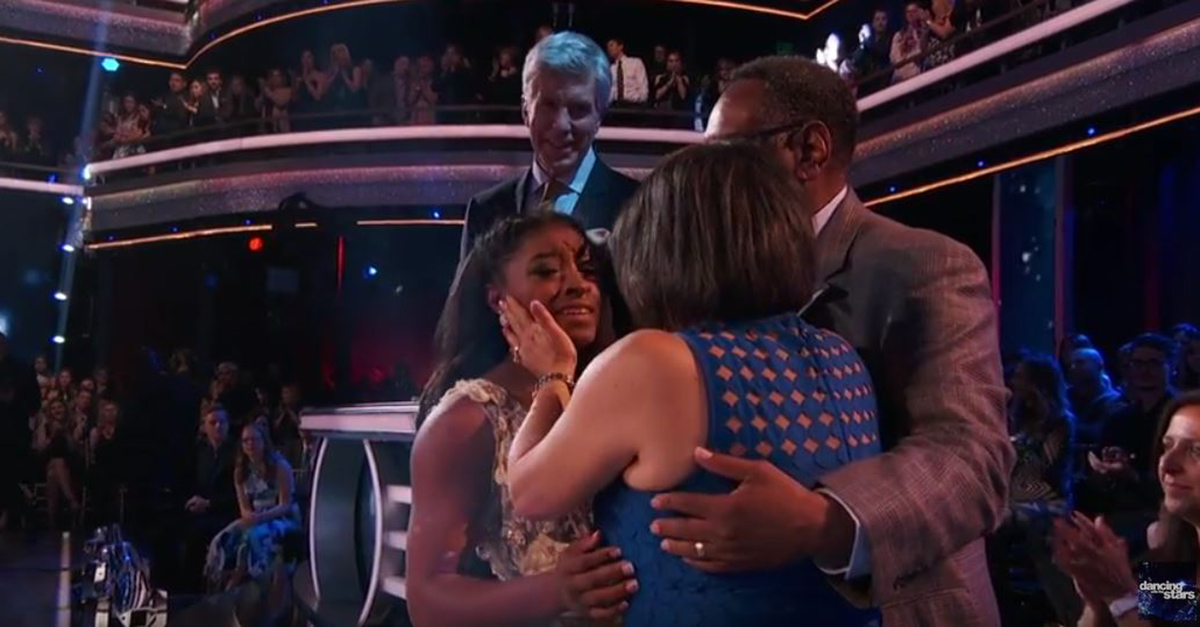 It was an emotional night for Olympic gold medalist Simone Biles.

On Monday, Biles and her “Dancing with the Stars” pro Sasha Farber danced a moving waltz to “Good Good Father” by Chris Tomlin, but it was the subject of the routine that was the most powerful.

Prior to taking the stage, Biles shared the emotional story of her adoption in 2000.

“My most memorable year was the year 2000 when I was adopted,” Biles told the cameras ahead of the performance. She then explained that her biological mother was “in and out of jail” in the early years of her life. “I never had a mom to run to. I remember always being hungry and afraid.”

RELATED: Ivanka Trump and her family mark the start of Passover with a special message

“My parents saved me. They’ve set huge examples of how to treat other people and they have been there to support me since day one,” Biles said. “There’s nothing I can say to thank them enough. Even there aren’t any right words, maybe dance will do it for me.”

Farber and Biles then performed the routine in honor of her parents and that emotional year in her life. After the performance, Biles ran off the stage and embraced her family. There wasn’t a dry eye in the audience as the three of them hugged. Her parents also joined her onstage as she heard her scores from the judges.

The dancing duo earned 36 out of a possible 40 points for the performance.

“Dancing the the Stars” airs Mondays at 8 p.m. ET on ABC.