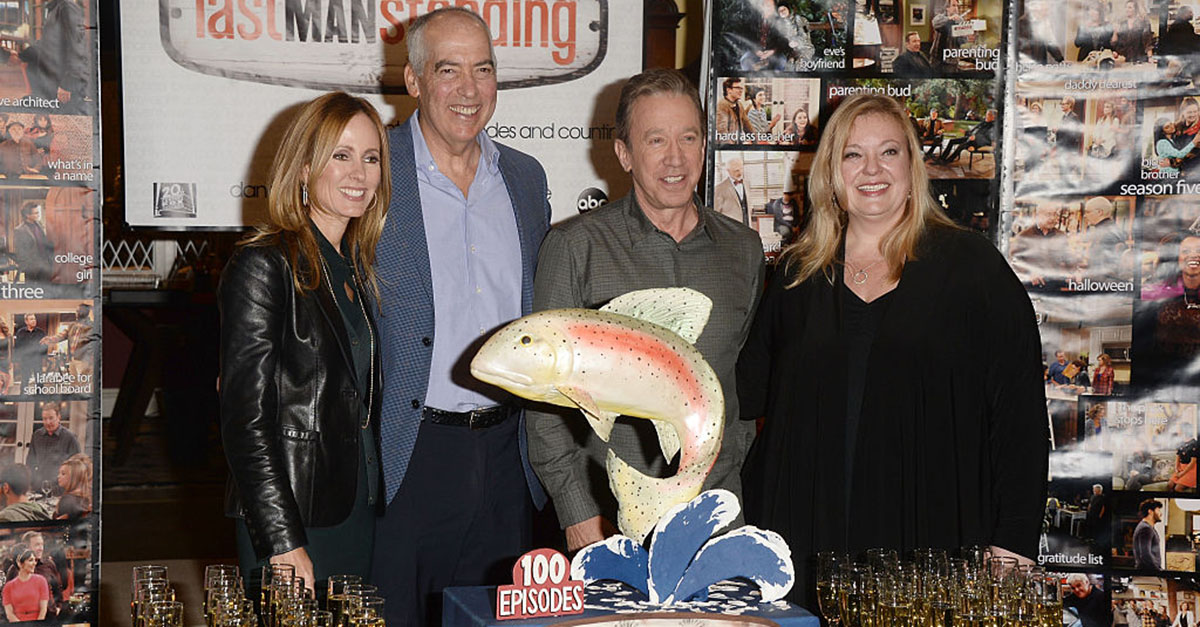 We may not have heard the last of “Last Man Standing.”

According to The Hollywood Reporter, CMT is in talks to revive the previously canceled comedy. Sources close to the show claim that talks are in the early stages as the network is deciding on a price point that works for them. Insiders also said that the revival could be a long shot if the price of the sitcom is too high.

RELATED: You will never be able to unsee Kelly Ripa wearing one of those weird man body bathing suits

ABC canceled the series after six seasons in May. The news caused outrage in fans and Allen tweeted he was “blindsided” by the decision.

Stunned and blindsided by the network I called home for the last six years. #lastmanstanding

“‘Last Man Standing’ was a challenging one for me because it was a steady performer in the ratings, but once we made the decision not to continue with comedies on Fridays, that was where we landed,”ABC Entertainment president Channing Dungey said last month.

Other factors that may have contributed to the cancellation are the increasing cost of production and Allen’s contract negotiations.

“There are many factors that go into the decision-making process: ratings, critical acclaim […] of course we look at ownership structure,” Dungey said.

The “Last Man Standing” revival would come one year after CMT nabbed “Nashville” after ABC pulled the plug on the country music drama.