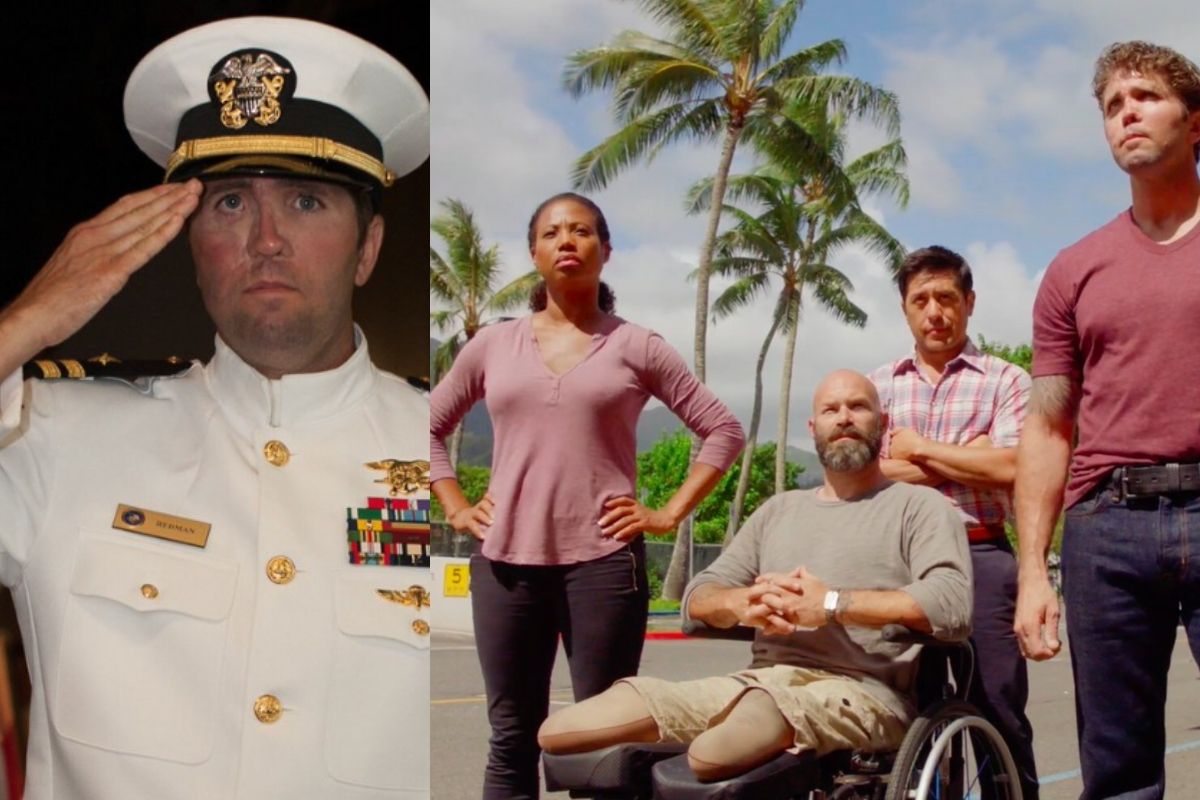 Retired Navy SEAL Jason Redman knows a thing or two about turning tragedy into triumph, and thanks to Gary Sinise, he got the chance once more in an episode of Hawaii Five-0. The special ops made his television debut on a 2017 episode of the hit CBS show. He got the chance to flex his acting chops when Sinise, a long time friend and CSI: NY star, knew he was the perfect person to play a war veteran.

“Peter Lenkov, who runs Hawaii Five-0, used to be one of our top writers and producers over at CSI:NY,” Sinise told PEOPLE. “He contacted me saying he was looking for a veteran for a part.” Specifically, the show wanted a seal officer with a scar on his face.

“Jay popped into my mind immediately,” he continued. “He is a good buddy and somebody I admire very much.”

Happy Birthday 242nd Birthday @USNavy – It was an honor to serve in the world’s greatest Navy. #iovercome #america pic.twitter.com/slu5QHzcg9

Lieutenant Jason Redman was shot in the face in a harrowing attack in Iraq in 2007. The father of three and his SEAL team was ambushed by members of Al Qaeda, when he was shot in the face. During his recovery, he earned a Purple Heart for his bravery, reported ABC 7. Redman was ecstatic to take on the acting gig. He’d had some experience acting in a friend’s The Perfect Day film about fighting terrorism.

“I was so happy,” Redman said after nabbing the part on episode 11 of season 8. Since his supporting character role, Lenkov praised his performance, saying he “did a really great job,” and Redman has completely caught the acting bug.

These are real veterans in tonight’s episode! Thank you for your service, and thank you for joining the Five-0-hana tonight! #H50 pic.twitter.com/bkyHdwTfbP

“I really enjoy acting,” he said to PEOPLE. “While it is hard work, it is both challenging and fun to step into someone else’s life and attempt to capture their personality, feelings, and mannerisms. I hope I can do more of it.”

In addition to landing professional acting representation, Redman is truly making a name for himself helping veterans like himself overcome their physical and mental struggles. Since his combat retirement, he’s founded two non-profits: “Wounded Wear,” which gives clothes to wounded vets and “Combat Wounded Coalition,” which “inspire[s] wounded warriors to overcome,” according to its site.

“I feel like I need to be doing something to give back because I got to come home and others didn’t,” he said.

Editor’s note: This article was originally published on December 21, 2017.