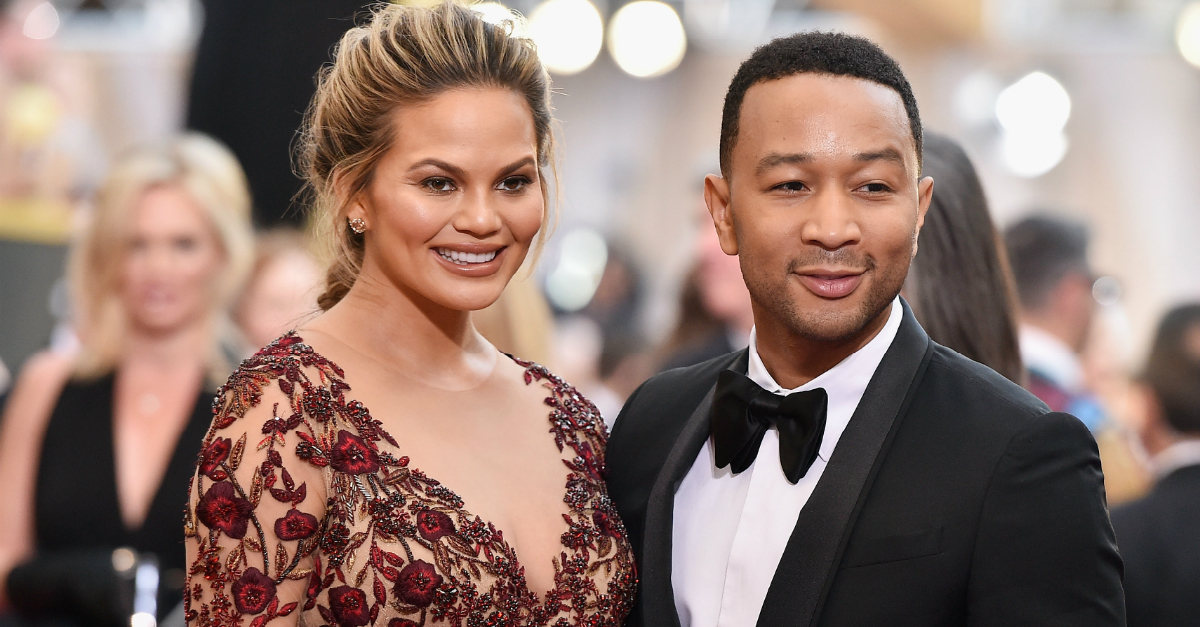 Model Chrissy Teigen just announced that she is expecting her second child with musician John Legend.

Teigen and Legend have been very open about their struggles to conceive.

?Having a baby is a big challenge for a couple, and going through that together strengthens your bond because if you make it through [having a child], you know you can make it through anything,? Legend told Cosmopolitan magazine in August. ?We?re lucky that we?re living in an age where we can conceive in other ways. [IVF treatment] brought us Luna and hopefully it will bring us a few more awesome kids, too.?

19-month-old Luna was conceived through in vitro fertilization, a process which began with 20 embryos that were eventually narrowed down to three.

?The first little girl didn?t work, and then the second is Luna,? Teigen told InStyle in October.

?We want a lot of kids,? she previously told Us Weekly. ?When it happens, it happens. For us, it?s hard because he?s on the road so much and I?m working. People think it happens so easily, but the stars really have to align to have a baby, and it is a little miracle. So when it happens ? we will be so happy.?

Back in Novemeber, Teigen made headlines when she left a $1,000 tip with Mikayla Scott, a 21-year-old waitress at the Australia-themed restaurant. It was a 516 percent tip on the $193.81 bill, and the largest Scott had ever received.

The story of Teigen?s gesture and Scott?s response went viral.