Disgraced former talk show host Matt Lauer was seen in public wearing his wedding ring on Monday morning as he drove his young son to school in the Hamptons, Page Six reports.

Lauer — who has been staying at his private home in Long Island since he was fired by NBC last week over sexual misconduct claims — was spotted behind the wheel of his Jeep Wrangler while taking his 11-year-old son, Thijs, to school. Page Six also reports that Lauer illegally spoke on his cellphone while his son was in the car with him.

Lauer’s wife, Dutch-born Annette Roque, has reportedly absconded to the Netherlands. The couple has been married for 19 years, and a source who reportedly lives near the Lauers in the Hamptons, told Page Six, “Annette has taken their two younger kids out of school and is believed to have left the US and gone to her family in her native country.”

The couple has three children, and this is not the first time that Annette has tried to separate herself from Lauer. In 2006, she briefly filed for divorce. In the filing, she claimed that the NBC star showed “extreme anger and hostility” toward her and that he was “controlling.” Another source apparently told Page Six that Annette pulled the divorce filing after a $5 million post-nuptial agreement from Lauer. The unnamed informant claimed, “Matt needed to stay in the marriage to keep his reputation as America’s nicest dad. He is, in fact, a great and very doting dad to his kids, but he is also a terrible husband.”

RELATED: Kevin Spacey just got even worse news about the future of his acting career

The accusations against Lauer first came last week when NBC sent out a memo saying that he was being fired from the network. Soon after, we learned that he reportedly sexually assaulted a woman while recently covering the Olympics. From there, things got even worse as old interviews made the rounds online; the clips showed the host’s awkward interactions with women on his show.

The news about Lauer apparently came as a shock to his ex-wife, Nancy Alspaugh.

Alspaugh reacted with shock to the news about the man she was married to from 1981 to 1988, saying she couldn’t imagine what he could have done to get fired.

“I was shocked because he’s been such a stalwart at that network and in that job,” she told Entertainment Tonight. “He’s been the best person that’s ever held that job, and I couldn’t imagine that anything that he would have done — that would have been so out of character for him — that would have caused that reaction.” 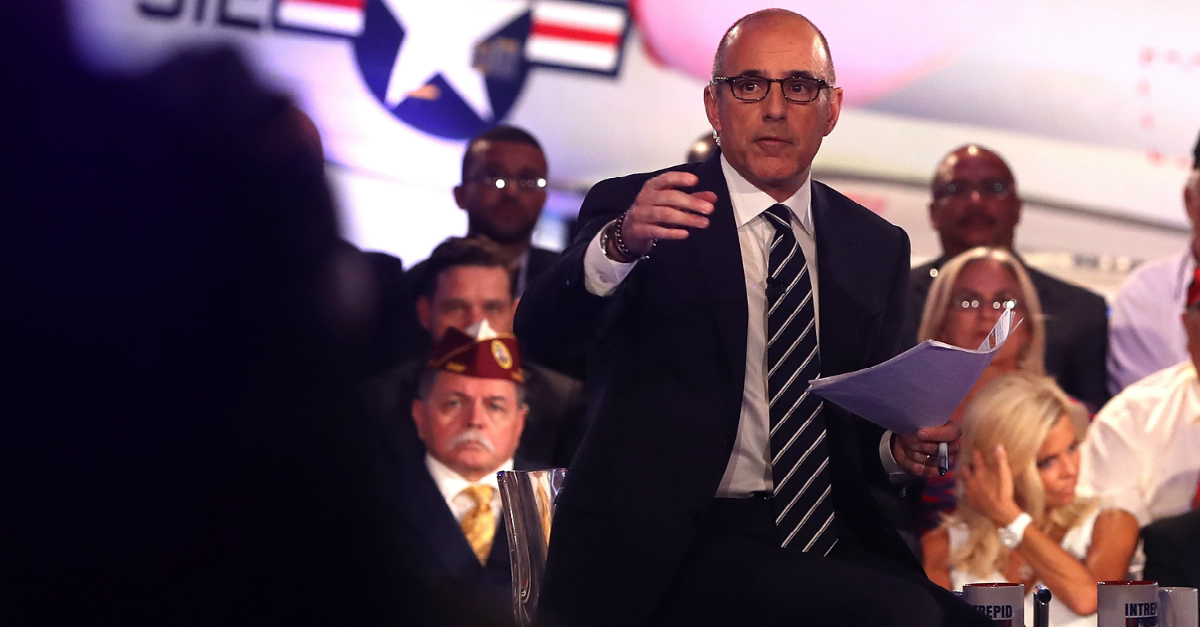