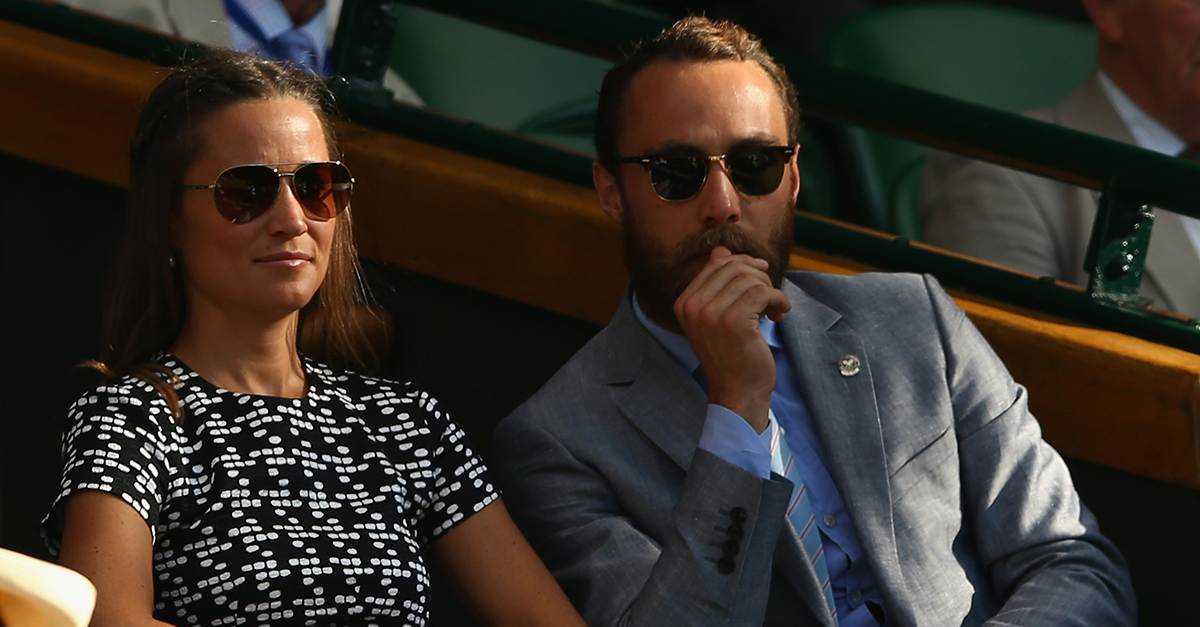 Kate Middleton’s younger brother James has been in the spotlight plenty since his big sister had the wedding of the century on April 29, 2011.

He may not be as famous as either of his sisters ? Pippa recently tied the knot with her financier beau, James Matthews, in an intimate, gorgeous countryside wedding in Englefield, England ? but don’t let his relative obscurity fool you, 29-year-old James is an intriguing figure in the Middleton clan.

He dropped out of college

The youngest sibling of the Middleton family attended Marlborough College, and it was around the time he was in school that rumors of his sister Kate’s romance with Prince William began to surface. James told The Daily Mail last year that he would get up early to snatch stories about his sister’s budding relationships from the newspapers so that he wouldn’t have to answer any classmates’ questions about it. In addition to feeling like he was living in the shadow of his sisters, James struggled with academia ? in part due to his dyslexia. He dropped out of school after just one year.

His dream was once to make very expensive cakes

“I knew that that mouthful of academic prescription was not going to do it for me,” he told British GQ. “My dream, which came to me when I was flying back up to Edinburgh after a weekend home, was to build a cake empire.” A highly specific dream, to be sure. But one that he did attempt to transform into a reality in 2007 with the launch of his cake company, The Cake Kit. Unfortunately for James, his cake empire dissolved in 2015.

He went through a scandalous photo controversy

As his cake empire was crumbling, James also found himself in the precarious position of being labeled a party boy when compromising photos of him (shirtless and pants-less) were leaked online. Even more embarrassing than the photos themselves, it turned out that the lawyer who demanded the photos be taken down from the web was actually James.

As Gawker reported at the time:

The first email Fleshbot received requesting the images be taken down was from someone named James at the Cake Kit Company, Middleton’s very real high end bakery that furnished cakes for the Royal Wedding. The second email that came in was from the “NICE GROUP LONDON LEGAL” with the reply address [email protected] But if you visit the “Nice Lawyer” website, there’s nothing there save for a placeholder homepage.

Well, we looked up just who owns the domain and it appears it’s registered to none other than James Middleton of the Cake Kit Company.

His new dream is to make very expensive marshmallows

Now, James has moved on to another food-related enterprise: customized marshmallows. His new company, Boomf, allows customers to print customized graphics and photos onto marshmallows. “When you see yourself on a marshmallow, or your loved one or your pet, you have a little moment with that little marshmallow. There aren’t many products in the world like that,” James told the Cut. “I’m very much surrounded by [marshmallows], but I still love them […] Marshmallows are sort of like an essential candy. They’re pillows of sweetness.” We have to admit, they’re pretty cute.

WELP! You better get those ☂ out, London. We've just heard the first bit of thunder!! ⛈ #thunder #london #weather #dofushai #marshmallow

Boomf offers free worldwide shipping and a box of nine customized marshmallows will run you about $20 before taxes. It seems like this dream may work out for James, who has already raised $1.9 million in funding for the company.

It looks like James is working hard to distinguish himself from his famous sisters and build a business he can really call his own!