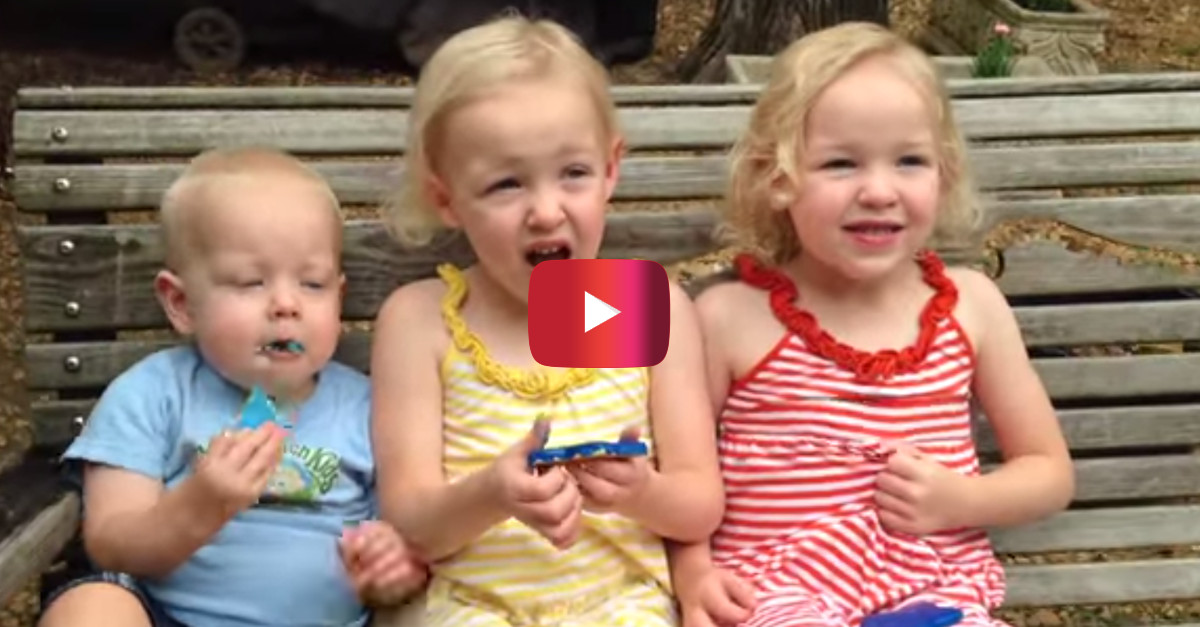 These little kids seem surprisingly nonplussed when their mom tells them they’re going to have a baby brother.

“But we already have a little boy,” one daughter whines.

She eventually rationalizes it as her more excited mother explains they’re getting another.

“So Daddy can have a little boy,” the daughter eventually rationalizes.

But basically, it’s not a big enough deal for them to so much as drop their Pop-Tarts. If only they had an idea what the fourth kid would mean for them.