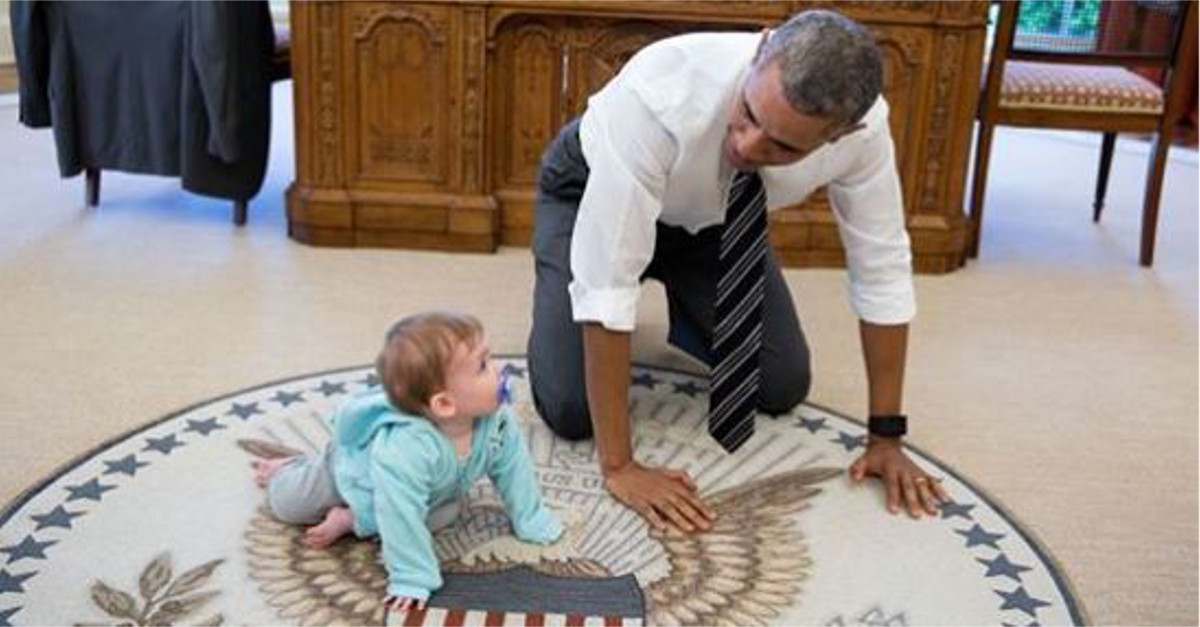 Over the past year, White House photographer Pete Souza has captured many special moments between President Obama and the children that visited the White House.

In this photo taken in November, Evelyn Cushman, the daughter of Chase Cushman, Director of Scheduling and Advance, was sitting on the floor when Obama walked in from the dining room. Instead of dismissing the youngster, Obama went over, got on the floor next to her and started rolling the ball to her.

When Josh Earnest?s little superhero of a son, Walker Earnest, visited the White House on Halloween, Obama made sure to make him feel welcome by showing him his own ?superhero? muscles.

According to the photo?s caption, President Obama loves having kids around and often asks his staff members to bring their children in for a visit. In this picture, he is seen crawling around on the Oval Office floor with Communications Director Jen Psaki?s daughter, Vivi.

When Caprina Harris, whose YouTube video of her crying about Obama leaving the White House went viral, went to the White House, she was greeted by Obama with a hug.

These pictures leave little doubt that President Obama loves kids and enjoyed having these children at the White House just as much as they enjoyed getting to go.