Things got awkward on “Live!” when Ryan Seacrest mixed Jeffrey Tambor up for a dearly departed actor 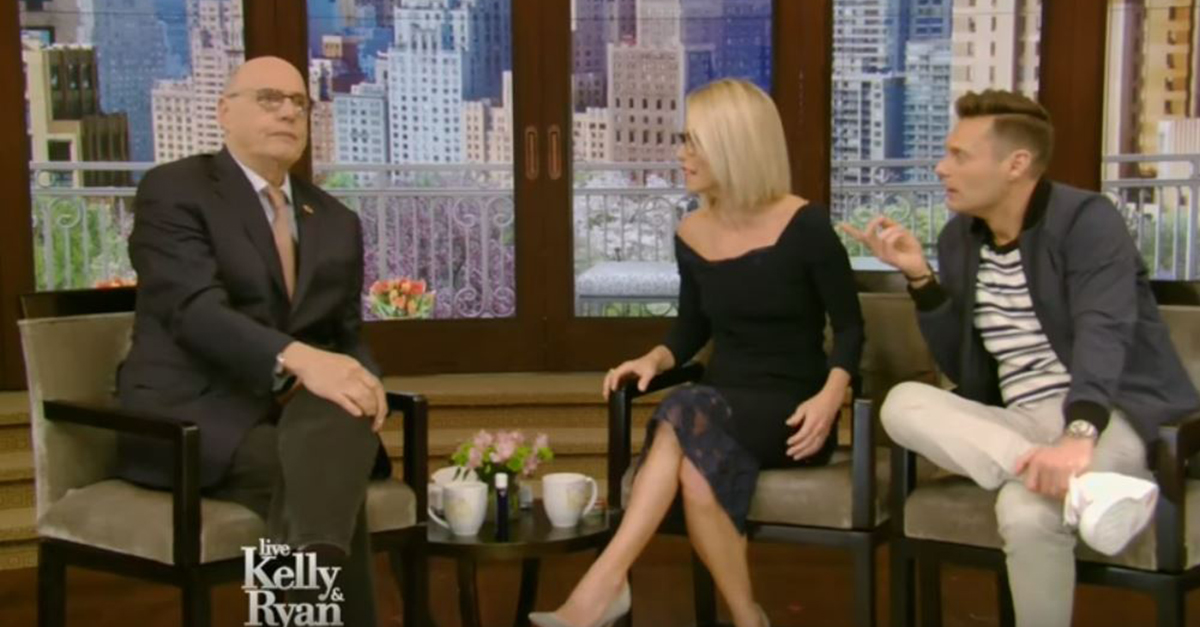 (This exchanges starts at the video’s 22-minute mark.)

This was pretty awkward!

This week, Ryan Seacrest made a little faux pas when he accidentally thought actor Jeffrey Tambor was an actor from the film “Ghost.”

In the clip from the show, the new host of “Live!” listed a few of Tambor’s credits before adding that he enjoyed Tambor’s performance as “the scary guy on the subway” in the 1990 film. Spoiler alert: Tambor is not in the film!

“Oh, this is horrible. You’re going to be embarrassed. That’s not me,” Tambor said. “It’s Vincent Schiavelli.”

“No wonder it wasn’t in anybody’s notes. I was like, ‘I think he’s the scary guy from ‘Ghost,‘” Seacrest scrambled.

That’s when Kelly Ripa tried to jump in and ease the growing tension.

RELATED: “Fixer Upper” favorite Chip Gaines is the latest celebrity to respond to his own body shaming haters

“But you’re still here!” she joked to the actor.

Before letting it go, Tambor decided to have a little fun with the co-hosts.

“We tried to book Vincent Schiavelli, but he’s passed away and here I am,” he said as a photo of Schiavelli came on the screen. “What is wrong with you? I came on to sell a book, not to be insulted. I am hurt. My reps are here, and we are filing an action lawsuit. I came on in good faith.”

According to Tambor, this isn’t the first time he has been mistaken for Schiavelli. Tambor revealed that he was once on a train and a waiter approached him, threw down his napkin and recited Schiavelli’s famous line, “Get off my train!”

“I said, ‘Sir, I just ordered the pasta.’ He was imitating Vincent Schiavelli, who is a spitting image, obviously,” Tambor joked.

At least he wasn’t mad about it!

Getting to know TV’s Kelly Ripa