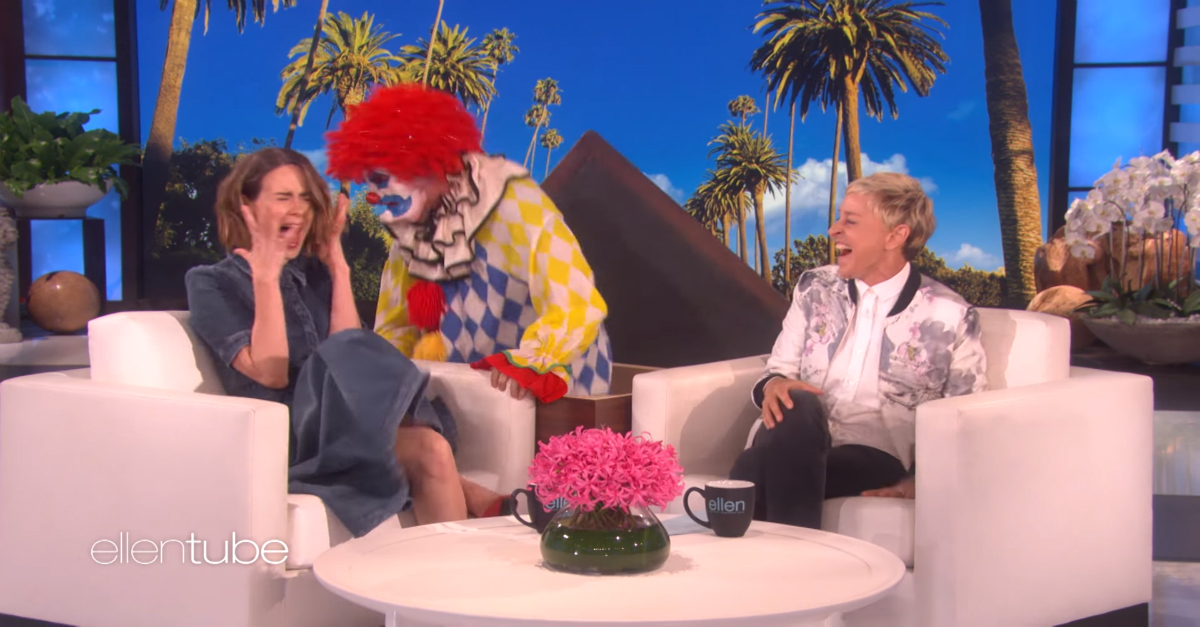 Things get real spooky on the Ellen Degeneres Show when a certain part of the talk show has many Hollywood stars that are guests on the episodes biting their nails. I bet Ellen Degeneres has the biggest, most hilarious archive of scaring celebrities on her show, and it’s probably the best collection of pure entertainment to have. And if I were a guest on her show, I would always be on the lookout.

Later on, the pair were discussing the scare on stage, when the talk show hostess had one of her assistants sneak up behind Paulson for another scare prank. Wearing a wig, cape, and a feathery boa, Sarah Paulson gets another scare. She didn’t even get to turn around before the prankster ran off. But the scares still didn’t end there.

?What are you gonna do now?? a jittery Paulson asked, “Is somebody going to come out of there?” pointing to the box next to her, that is known to pop open and scare whichever guest is on the show like a jack-in-the-box. There’s some building anxiety and tension as Paulson knows she’s sitting in the worst place possible.

?No,? Ellen promised, giggling as usual, knowing full on what was about to happen. Soon enough, another guy, dressed as a clown, burst out of a box and ran off stage, forcing Paulson to drop from her chair and hide under the table. She may be the star of a scary horror show, but she’s clearly just as human as the rest of us.

Editor’s note: This article was originally published on September 19, 2017.