It was an action packed evening as the stars paid homage to “Disney Through the Ages” with one big two-hour extravaganza dedicated to the Happiest Place on Earth.

Pieterse and Savchenko unfortunately found themselves in the bottom two alongside child actor and race car driver Frankie Muniz and partner Witney Carson.

Sadly, Pieterse and Savchenko’s “Little Mermaid” themed rumba was not enough to keep them in the competition, and they were sent home.

“It was incredible, and I knew that it was going to be amazing, but it totally blew my expectations away,” Pieterse said following the elimination. “This is obviously a very sad moment for me, but I’m just so thankful.”

Her stint on “Dancing with the Stars” wasn’t a total loss, however. Before signing on to the show, Pieterse was diagnosed with a hormone condition called polycystic ovary syndrome, which caused her to gain nearly 70 pounds.

But on Monday night, she revealed that all of the hard work in rehearsals caused her to lose nearly 37 pounds so far.

“It’s magical,” she said of the weight loss. 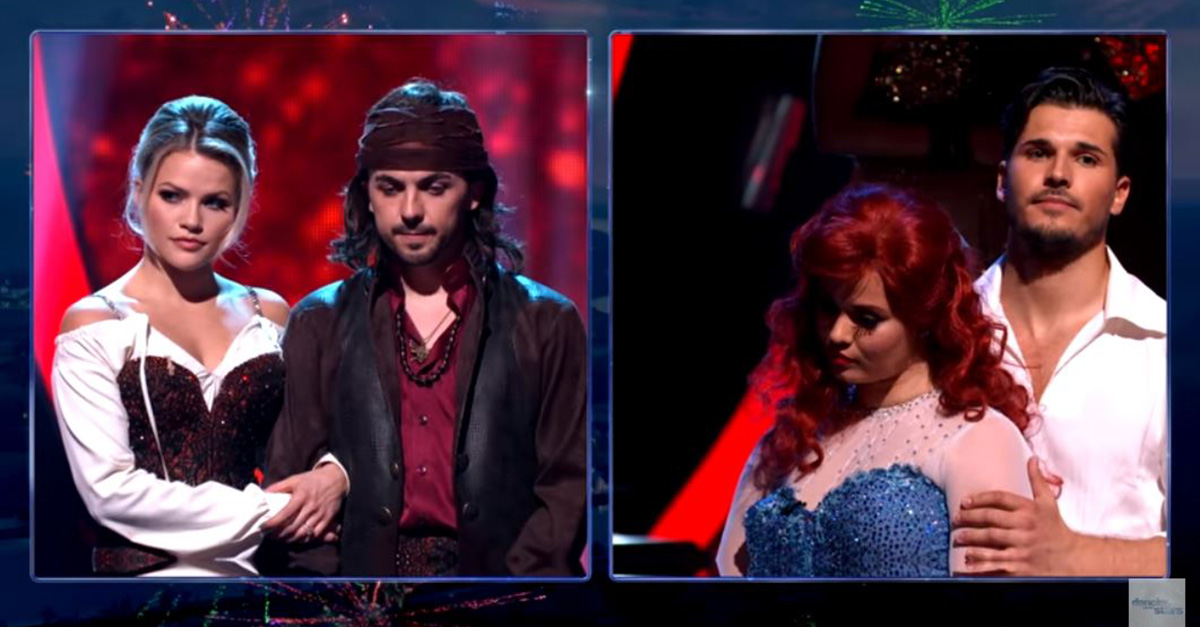