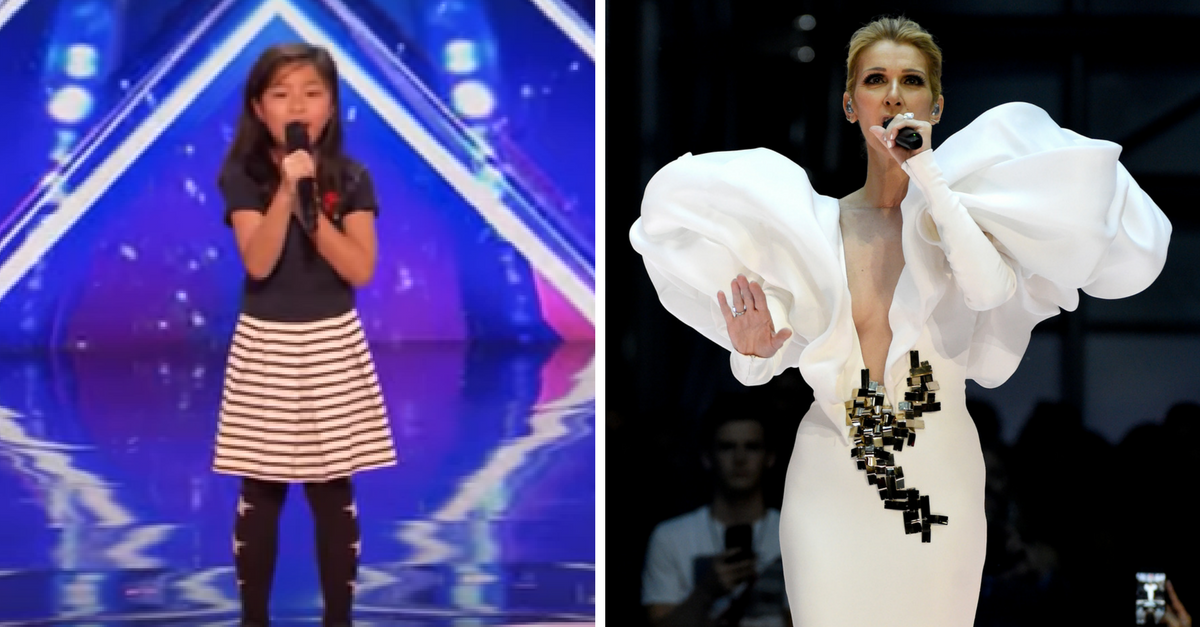 Left: YouTube/America's Got Talent Right: Photo by Chris Pizzello/Invision/AP
Left: YouTube/America's Got Talent Right: Celine Dion performs "My Heart will Go On" at the Billboard Music Awards at the T-Mobile Arena on Sunday, May 21, 2017, in Las Vegas. (Photo by Chris Pizzello/Invision/AP)

Nine-year-old Celine Tam’s voice is almost as big as the woman she was named after — Celine Dion!

The young girl auditioned for “America’s Got Talent” and performed Dion’s iconic song “My Heart Will Go On.” She reportedly got a standing ovation from the judges, but we’ll have to wait to see as her audition doesn’t air until the June 20 episode.

RELATED: The cause of the accident that resulted in the death of an “America’s Got Talent” contestant has been revealed

However, we’re certain from the preview footage of her performance that the Dion-super fan had no problem impressing the judges and the audience.

Tam, whose younger sister’s name is Dion, informed the judges that she first discovered her talent when she was singing along to the song in the car with her dad.