Normani Kordei and Val Chmerkovskiy could be the ones to beat this season on “Dancing with the Stars!”

On part one of the two-part finale Monday night, Kordei and Chmerkovskiy kicked things up a notch when they took to the ballroom with this energetic Quickstep to “Check It Out” by Oh the Larceny.

The duo twisted and turned all around the dance floor and gave fans and judges everything they wanted in a flawless routine! Kordei also brought the heat in the sexy catsuit she wore in the performance. She was gorgeous!!

She had previously suffered a minor ankle injury during rehearsals, but that didn’t stop the judges from loving this dance.

RELATED: Cher proved age ain’t nothing but a number with this over-the-top Billboard Music Awards performance

“It was brilliant!” judge Bruno Tonoli exclaimed after the performance.

The duo was awarded 38 out of a possible 40 points for their quickstep.

Later, in the freestyle round, Kordei and Chmerkovskiy really gave everyone something to look forward to when they performed a flawless freestyle that left us all wanting more!

The duo decided on a more subdued routine that gave the viewers chills. In all white ensembles, Kordei and Chmerkovskiy performed a moving routine that left Chmerkovskiy in tears by the end. Kordei also felt emotional, later admitting that this entire season has changed her life for the better.

The freestyle was awarded 40 out of a possible 40 points.

Following Monday’s episode, Chmerkovskiy wrote a beautiful tribute to his partner on Instagram:

I’m so proud of you. I’m so impressed by you. I’m so grateful for you. It’s been an absolute pleasure seeing you blossom seeing you grow seeing you be graceful and grateful all at the same time. Love your drive. Love your talent, and I can’t wait to cheer you on for many many years to come. My Normanichka, you’re a star! Never forget it! ❤️ #teamvalmani #dwts #18008683410 #tillwedanceagain

Kordei goes head to head against the final two remaining contestants, Rashad Jennings and David Ross, on the part two finale of “Dancing with the Stars” on Tuesday night at 8 p.m. ET on ABC. 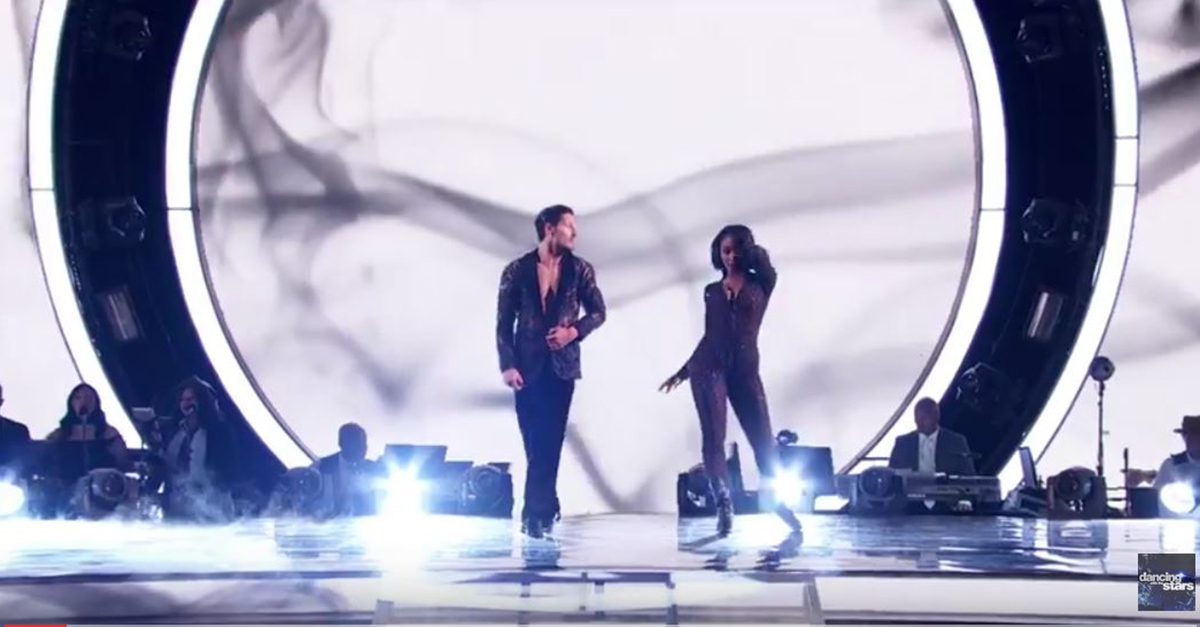