The Disney magic was on Normani Kordei’s side this week!

On Monday night, the Fifth Harmony singer and partner Val Chmerkovskiy performed a powerful paso doble to “I’ll Make a Man Out of You” which was performed by former teen hearthrob and season nine “DWTS” champ Donny Osmond.

The routine was inspired by Disney’s “Mulan” and Kordei really channeled her inner warrior for this competition.

At the end of the performance, Chmerkovskiy and Kordei bowed to Osmond before embracing and celebrating their electrifying performance. Audience members got to their feet and cheered for the team. The judges were also impressed by the routine and judge Bruno Tonioli crowned Kordei the “all-conquering paso princess!”

All of the judges gave Kordei 10s except for Len Goodman who gave the performance a 9.

Goodman’s score didn’t put a damper on the performance, however. Kordei and Chmerkovskiy still walked away with 39 out of a possible 40 points, which was the highest score of the evening!

The performance will go down in “Dancing with the Stars” history! 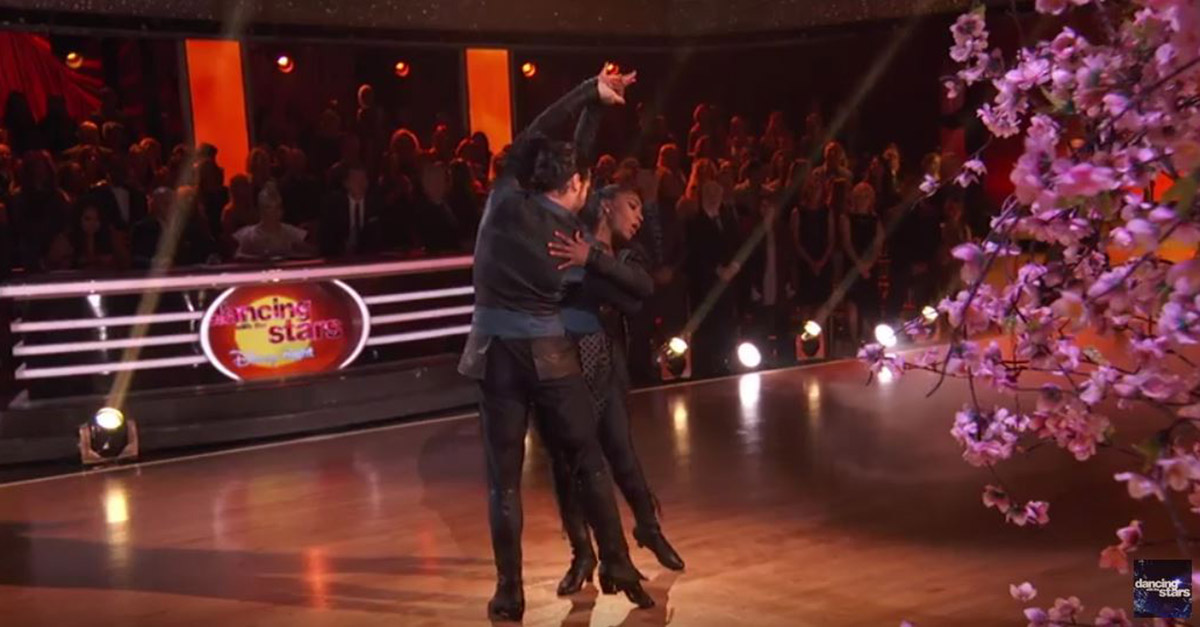