Brad Pitt and Sienna Miller were spotted together once again, and dating rumors are swirling 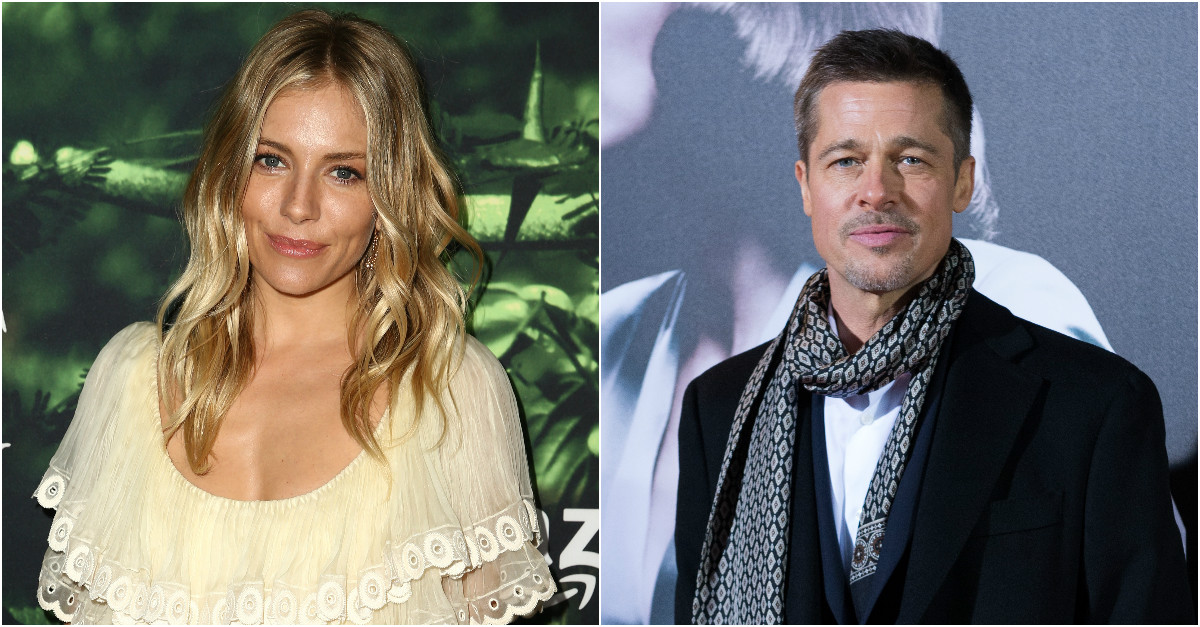 Brad Pitt and Sienna Miller could be getting flirty once again!

In April, the actress responded to rumors of “serious flirting” swirled after a private dinner for the film “The Lost City of Z.”

“I’m not going to even dignify it [the Brad Pitt report] with a response. It’s predictable and silly,” Miller told reporters following the relationship rumor.

According to The Sun, Miller and Pitt were spotted once again over the weekend at the Glastonbury festival.

RELATED: Nick Lachey might have earned the husband of the year award after doing this for wife Vanessa

Brad and Sienna couldn’t keep their hands off each other, touching and stroking each other at every opportunity. They seemed really intimate. Brad had been keeping a relatively low profile at the festival, but emerged with the masses at 3 a.m. to link up with Sienna after she’d spent the night partying with their mutual pal Bradley Cooper and Noel Gallagher in the VIP Park backstage bar. They seemed keen to get away from prying eyes and made a dash for the Rabbit Hole, the festival’s underground and exclusive venue, with a group of friends and were inseparable as they waited to go inside.

The source continued, “The party was cut short and they had to leave after five minutes because the venue was closing. Bradley Cooper left and Brad and Sienna headed back arm in arm to their private Winnebago [RV].”

There are no photos of the alleged flirtation so for now, this is just a rumor.