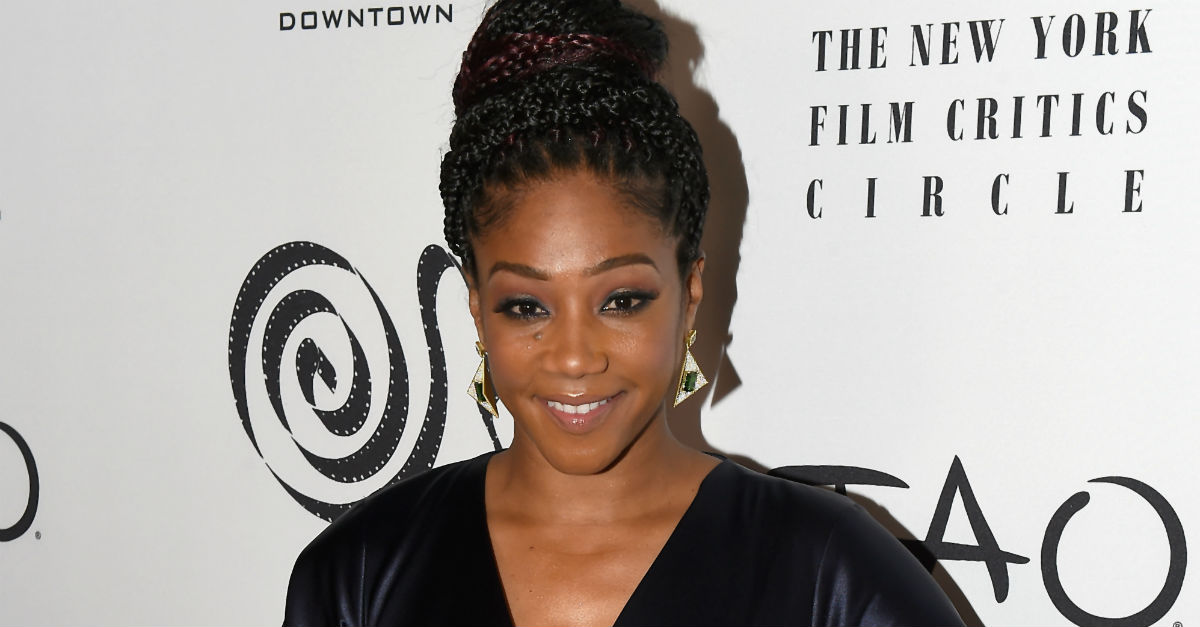 We’d be lying if we said we haven’t mispronounced someone’s name before. Even actress and comedian Tiffany Haddish makes the mistake.

Except when she does it, she responds in the best way.

And people were quick to point out her mistake.

Guys our girl Tiffany Haddish is slaughtering everyone’s names on this announcement. 😂#OscarNoms

Some were less than amused with her attempts.

Half of Twitter thinks @TiffanyHaddish was delightful in slaughtering the names of the #Oscars noms – the other half (and me) not amused.

Others guessed that the actors didn’t care that much.

People criticizing Tiffany Haddish for mispronouncing all those names should remember that anyone lucky enough to be nominated today really doesn't give a shit.

Daniel Kaluuya, star of Jordan Peele’s “Get Out,” also didn’t seem to mind.

“I couldn?t feel more honored to have Tiffany Haddish mispronounce my name,” he said while recalling his nervousness leading up to the moment.

Neither did Michael H. Weber, who recently worked on “The Disaster Artist.”

Tiffany Haddish can mispronounce my name any way she wants! WOOOOOOO

Haddish saw Weber’s tweet, that she chose to respond to address the moment. In fact, it gave her flashbacks to one very popular “Key & Peele” skit.

I am so sorry I can say your name. I just felt like I was a substitute teacher in a Key and Peele skit. I was having a unreal experience. So Greatful your are cool Congratulations! https://t.co/kKyzWdtoNK https://t.co/RWNRQpi6HS