Tim Allen Turned His Life Around After His Drug Trafficking Conviction 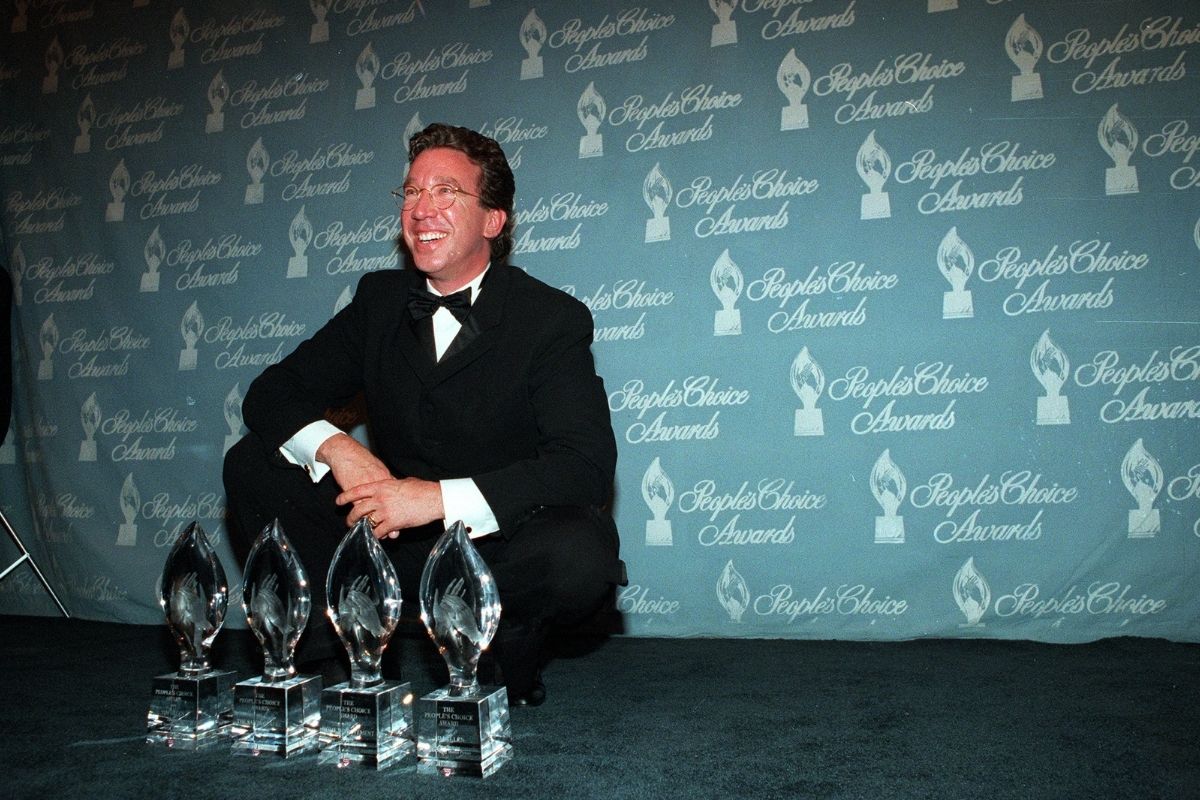 Here’s a mindblowing piece of real-life Hollywood history: Tim Allen once spent two years in prison for drug trafficking. Fortunately for him, his family, and millions of fans, the American actor’s story takes a completely different direction after that. It was a watershed moment,? Tim told The Washington Times. ?It put me in a position of great humility, and I was able to make amends to friends and family and refocus my life on setting and achieving goals.?

Fast forward to today, and the Golden Globe winner is not only uber-successful but also happily married with three kids. To find out what happened between his cocaine-dealin’ days and today, we’re going to take look back at Tim Allen’s career and personal life over the years.

What Was Tim Allen’s Personal Life Like After Prison?

Tim had put his time in prison to good use, honing his comedic chops by making his fellow prisoners and guards laugh. Out of prison, Tim began performing standup and booking commercials. During this time, Tim married his college sweetheart, Laura Deibel. In 1989, the two had a daughter named Katherine.

A year after his daughter was born, Allen booked a Showtime standup comedy special. He began catching the eye of casting directors, and — after turning down movie roles offered by Disney — he landed the starring role in the ABC sitcom, Home Improvement as Tim “The Toolman” Taylor. Unfortunately, the hard work that earned him the role put a strain on his marriage. Tim confessed in an interview with The Detroit News that he was so focused on his career that he “let his family slide.? Tim and Laura divorced in 1991, the same year he landed the Home Improvement role.

Tim remained unmarried for 15 years, immersing himself in his work. While filming Home Improvement, he would simultaneously star in a string of hit movies, including The Santa Clause and Galaxy Quest. During this time, he also famously voiced Buzz Lightyear in Toy Story and Toy Story 2. (He’d later revive his character in Toy Story 3 and 4).

The Love Story of Tim Allen and His Wife Jane Hajduk

While filming flicks like Joe Somebody, Christmas with the Kranks, and The Shaggy Dog, Tim began dating actress Jane Hajduk. Jane would co-star with him in both The Shaggy Dog and Zoom. Tim and Jane tied the knot in 2006 in a small ceremony in Grand Lake, Colorado.  Three years later, the couple welcomed their daughter Elizabeth into the world.

In an interview with Parade, Tim says he learned a lot about being a husband, father, and family man from past mistakes with his first child and marriage. “I was gone so much in my first marriage,” he admitted. “I love the moments when I engage with my youngest daughter now. It?s not my thing to sit on the ground and play tea party, but I?ll do it because it?s a moment that will stick.”

These days, Tim Allen can be spotted on the Fox TV show, the Last Man Standing. Tim told Closer Weekly that he relates to his character, Mike Baxter, because he also ?has three daughters, so his whole vision is through his treasure, his girls. His Home Improvement wife Patricia Richardson added, ?Tim gets to fully be the loving father and husband he is, which is so genuine in him. It?s what makes him so lovable.?

What is Tim Allen’s Net Worth?

Sources estimate Tim Allen’s net worth to be $100 million. His salary for Last Man Standing tops $235,000 per episode, making him one of TV’s highest-paid actors.