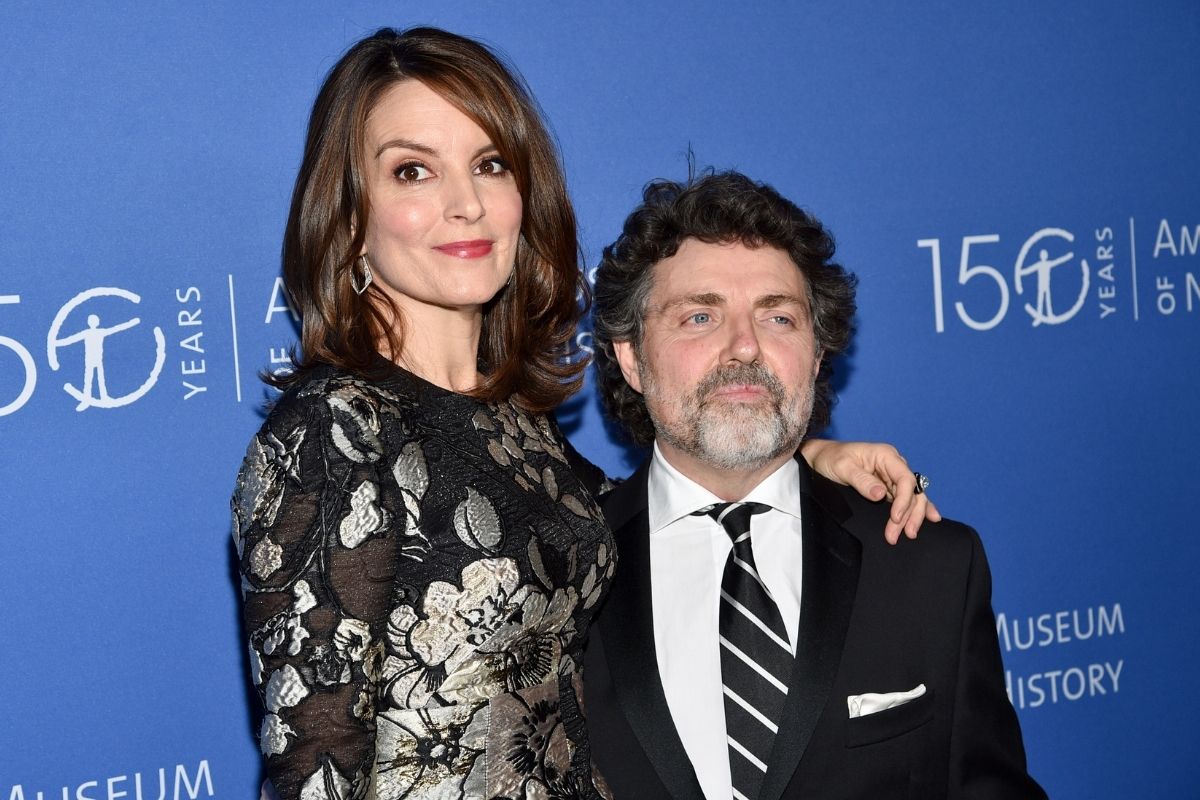 Actress, writer, and comedian Tina Fey has been making people laugh for decades. In 1999, Fey became the first female head writer at Saturday Night Live. She went on to write the iconic movie Mean Girls and create the NBC sitcom 30 Rock as well as the Netflix comedy series The Unbreakable Kimmy Schmidt. Tina Fey is also known for her friendship and creative partnership with comedian Amy Poehler. The two were SNL cast members together, co-starred in Mean Girls, Baby Mama, and Sisters and periodically co-host the Golden Globes together. What is not as well known is that Fey met her future husband, Jeff Richmond, at the same time and place she met Poehler. Richmond?s creative work is more behind the scenes than that of his famous wife, but the couple have made an incredibly successful personal and professional life together.

American composer and music director Jeff Richmond was born in Ohio and graduated from James A. Garfield High School in Garrettsville before studying music at Kent State University. Per The New York Post, Jeff Richmond and Tina Fey?s love story began in 1993 at Del Close?s ImprovOlympic Theater in Chicago where Richmond was the in-house pianist and Fey, along with Amy Poehler, was taking comedy classes. In typical self-effacing fashion, Richmond told the Post that Fey liked him because ?I was the only one who was getting paid back then, so I could pick up the check.? They both went on to perform with the Second City improv theater. Fey moved to New York City in 1997 to join the SNL writing staff; Richmond followed later to become the show?s musical director. Fey, of course, eventually joined the performing cast and was promoted to head writer after two years in the writers? room. The couple married in 2001 and have two daughters, Alice Zenobia Richmond and Penelope Athena Richmond.

During a 2015 interview between Tina Fey, Amy Poehler, and their former Saturday Night Live castmate Seth Meyers on Late Night With Seth Meyers, as reported by Elle, Poehler joked ?We are common law of comedy wives at this point. We have worked long enough that I feel like I own half of what Tina has.? This may be true, but Fey also has done quite a bit comedic collaboration with her actual spouse as well. They left Saturday Night Live together in 2006 to make 30 Rock, on which Fey starred as Liz Lemon, a character based on herself who is the head writer at a late night sketch comedy television show. In addition to producing and composing music for the show, Jeff Richmond appeared alongside his wife as an extra on 30 Rock as well as the character Alfonso Disparioso. Starting in 2010, he also directed five episodes of the sitcom. In the course of its run, Richmond and Fey were nominated for four and won two Emmy awards for Outstanding Comedy Series.

A Long-Term Creative and Personal Partnership

Richmond also composed the score for Baby Mama and music for The Unbreakable Kimmy Schmidt, which means yes, he is partially responsible for the viral hit ?Peeno Noir,? which set the entire internet on fire in 2016 and led to singer, lyricist, and actor Titus Burgess putting his name on an actual pinot noir, Pinot by Tituss, as reported by Verge. In keeping with his tradition of working on his wife’s tv shows, Richmond also composed for and directed an episode of Fey’s sitcom Great News and they both currently serve as executive producers on the Peacock comedy series Girls5Eva. Fey and Richmond also worked together in Hollywood, with Richmond producing both Sisters and the 2016 movie Whiskey Tango Foxtrot, in which Fey starred as a cable news reporter assigned to an Afghanistan war zone.

In 2018, Fey and Richmond collaborated on the Broadway adaptation of Mean Girls, with Fey writing the book, basing it on her screenplay of the 2004 movie, and Richmond composing the music. They were both nominated for Tony awards for Best Book of a Musical and Best Original Score. Pretty amazing for the couple who, as they shared in a 2009 interview with Vanity Fair, “fell in love quickly, soon after a Sunday afternoon spent together at Chicago?s Museum of Science and Industry” where they, per Fey, literally “walked into a model of the human heart.?

Watch: What is Colin Mochrie?s Net Worth?