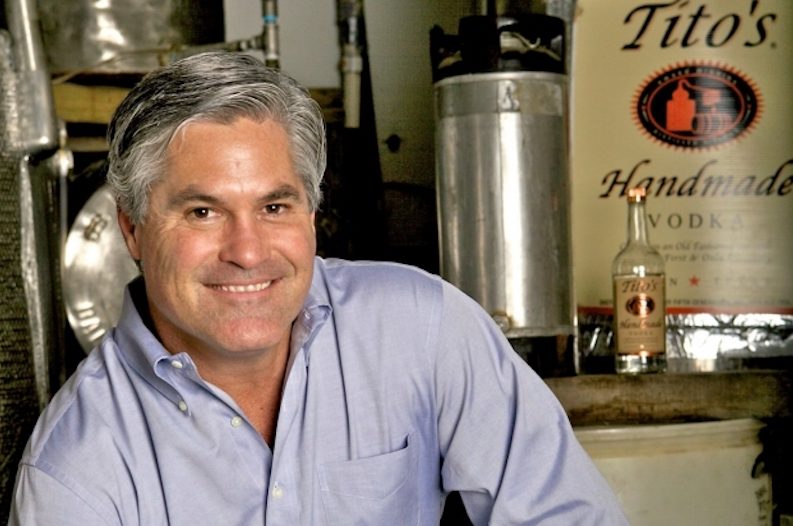 According to Forbes, Texas’ own Tito’s Vodka brand is now worth $2.5 billion. That makes the company’s aptly named founder, Tito Beveridge, one of the richest people in America.

It’s not surprising to anyone who’s sampled the crisp and clean vodka, which sold nearly 45 million bottles last year. This year, they are projected to sell a jaw-dropping 58 million bottles of product.

For a guy who got his start giving flavored vodka as Christmas presents, Beveridge has come a long way. Tito’s Vodka launched in Austin, Texas in 1997. At the time, the common perception was that it was illegal to distill liquor in the state of Texas.

However, Tito learned the letter of the law and went head-to-head with the Texas Alcoholic Beverage Commission. He proved there was no statute, either state or federal, prohibiting it and earned his distillery license. Now, at 20 years old, Tito’s is now the oldest legal distillery in the Lone Star State.

“I’d go out and make it and sell it and come back and make some more and you know I was sleeping next to the still and you know just kind of boot-strapped it up,” Beveridge says on the Tito’s website.

Looks like his boot-straps have held up well, leading to $2.5 billion in sales. So who knows what the future holds for Tito’s.