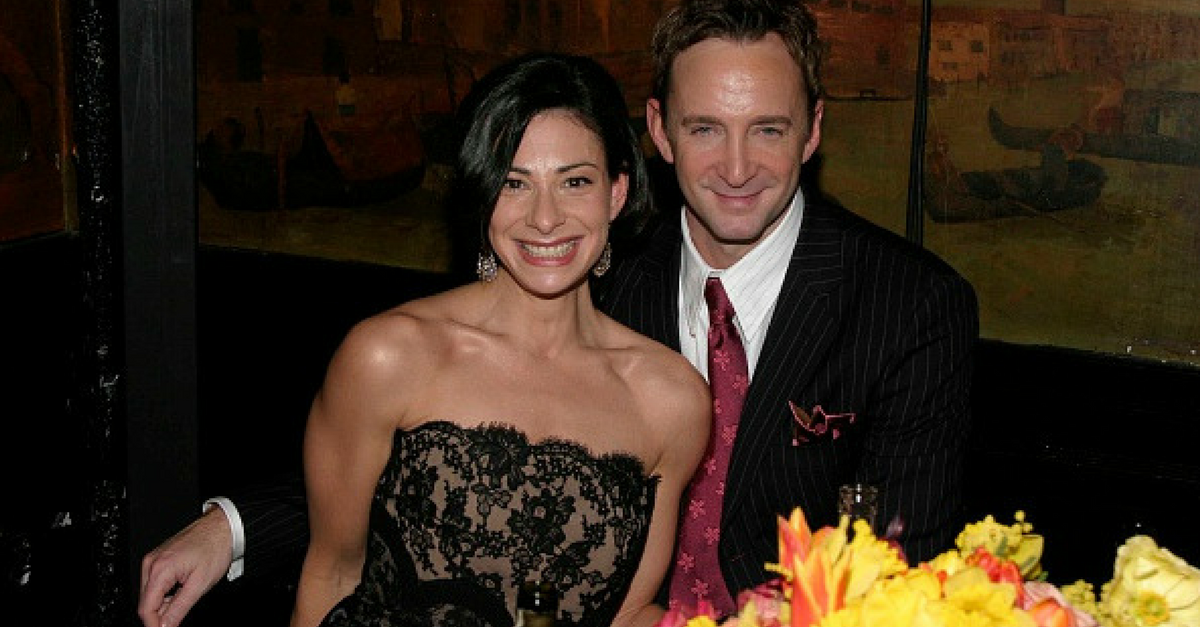 There was her public feud with her former “What Not To Wear” co-host Clinton Kelly but, as London revealed in an article she wrote for Refinery 29, that wasn’t nearly as terrible as her private struggles.

Known for her signature silver streak, the 48-year-old TV star shared that her downhill year began in December 2016, when she was forced to undergo spine surgery after dealing with chronic back pain for four years. Although she says it was a relatively common surgery and was told she only needed six weeks of recovery, having loose vertebrae in her spine fused together proved to be far more harrowing than she might have anticipated. For her body, mind and wallet.

“I didn?t understand the extent to which back surgery would cripple me ? emotionally and physically,” she wrote. “The time in the hospital alone included some of the most agonizing moments I?ve ever had.”

She shared that she had planned her time away from work at the end of 2016 to be a “kind of sabbatical,” but the unexpected surgery and its agonizing recovery, coupled with a lack of work proved to be particularly disastrous.

ONE YEAR AGO TODAY. Disabled, immobilized, terrified. Spine surgery. This year has been hard work but I wouldn’t trade it for anything: I’m out of chronic pain physically AND psychologically. It feels like it was yesterday and at the same time, so very long ago. I have my friends, family and @hspecialsurgery to thank for that. #countyourblessings PS: pretty sure I took this selfie high on Oxy, Fentanyl and Ketamine. Although I don’t really know whether it was a selfie or not. TBH, I don’t remember much of anything. #fuck2017

“I realized I wasn?t just untethered from a job, I was untethered from a purpose. I had nothing to hold on to. And, honestly, I just wasn?t thinking about my finances. In fact, I would have thrown money at anything ? material or procedural ? to make the recovery process easier.” London began to spend money almost recklessly on things that she thought would make her feel better as she recovered: takeout multiple times a day and online shopping proved to be a financial (and mental) downfall. Eight weeks after surgery, she found herself increasingly paranoid, anxious and generally sick, which she found out was “clinical depression.”

She continued, “I later discovered [it] is quite common with surgeries involving the spine, brain, and heart. The body is traumatized on a deep, subconscious level. My guess is the body feels like it?s dying. It?s scary.”

RELATED: ?Counting On? star Josiah Duggar has a new lady in his life

London’s boyfriend sought to leave her in early February while she was still in recovery, but she convinced him to go to therapy to repair their relationship along with the physical therapy she was undergoing. By summertime, she was out of a brace and during an expensive trip, they broke up for good — then her apartment flooded for the eighth time forcing her to move in with parents. On top of that, a dear friend committed suicide.

She said that all these events left her “completely broken,” and resulted in more reckless spending in a bid to relieve her of her depression. All the while without a job.

It wasn’t until her accountant told her — exactly a year after her spinal surgery on December 13, 2017 — that she was pretty much broke. London found herself quickly selling off her things and in the struggle to rebuild herself in the new year, she’s learned an important lesson.

?A lot broke last year. And from all that brokenness, there is no other choice but to affirm life,” she wrote. “It means picking up the pieces of mine off the floor.”

Last night, I was thinking about forgiveness. It’s very easy to say but sometimes not easy to do truthfully. If you’re like me when I’m hurt I can hold a grudge. I know the old adage: being angry or vengeful or hateful to someone because they’ve wronged you is like taking poison expecting the other person to die. Anger is much easier to cope with for me than sadness and pain. Being angry feels pro-active and empowering, like I’m in control of the situation. But last night (and WHY last night, I’m not sure) it occurred to me that taking action like blocking people in order to feel some sense of control over other’s actions is a waste of my time. I can’t stop people from the way they behave. I can’t stop them from being angry with me, hurtful to me, or indifferent to me. I can block ex-friends and ex-lovers, people I feel wronged by, but to what end? For the most part, these people aren’t even looking at my accounts in the first place and even if they were, why would being able to see this highlight reel of my life matter in the slightest? Don’t get me wrong: truly hateful, sexist, misogynistic, xenophobic, homophobic, racist comments are simply not permitted on my accounts. @luvvie taught me that social media is NOT a democracy, it’s a dictatorship only in the sense that if you write on MY page l have every right to delete or block you. Go write nasty shit on your own page. Those are not the people I’m talking about. I’m talking about those I’ve had trouble forgiving for one reason or another. The problem is the more I hold on to my anger, the more I hurt, not them. And while feeling pain and sadness sucks, it’s necessary, NOT damaging, and certainly unavoidable. I’m sure you’ve heard this 1000x before but it hit me: forgiveness doesn’t mean things are reparable. It doesn’t mean I can have these people back in my life or want to (though I don’t discount the possibility that maybe some day I will.) It doesn’t even mean I’ll tell them. Forgiveness is something you give yourself to move on, to find peace, to let go. So I unblocked a bunch of people today. If this resonates, maybe you can too. ❤️

One of the things she says she’s working on is forgiveness, which she seems to also be directing at her co-host of over a decade, Clinton Kelly.

Clinton Kelly, revealed in November that London had blocked him on social media, echoing hints of their tension in his recent book “I Hate Everyone, Except You.”

During an interview, he said, ?We spent so much time together for 10 years?It was funny in the beginning when we completed each other?s sentences?it got to be like, ?OK, we need a break from each other.’?

Since then Kelly says there is no “beef” between the two of them, and she’s reportedly unblocked him as well.

Hopefully this means the duo will makeup for good, because there witty banter and close relationship is surely missed by fans.