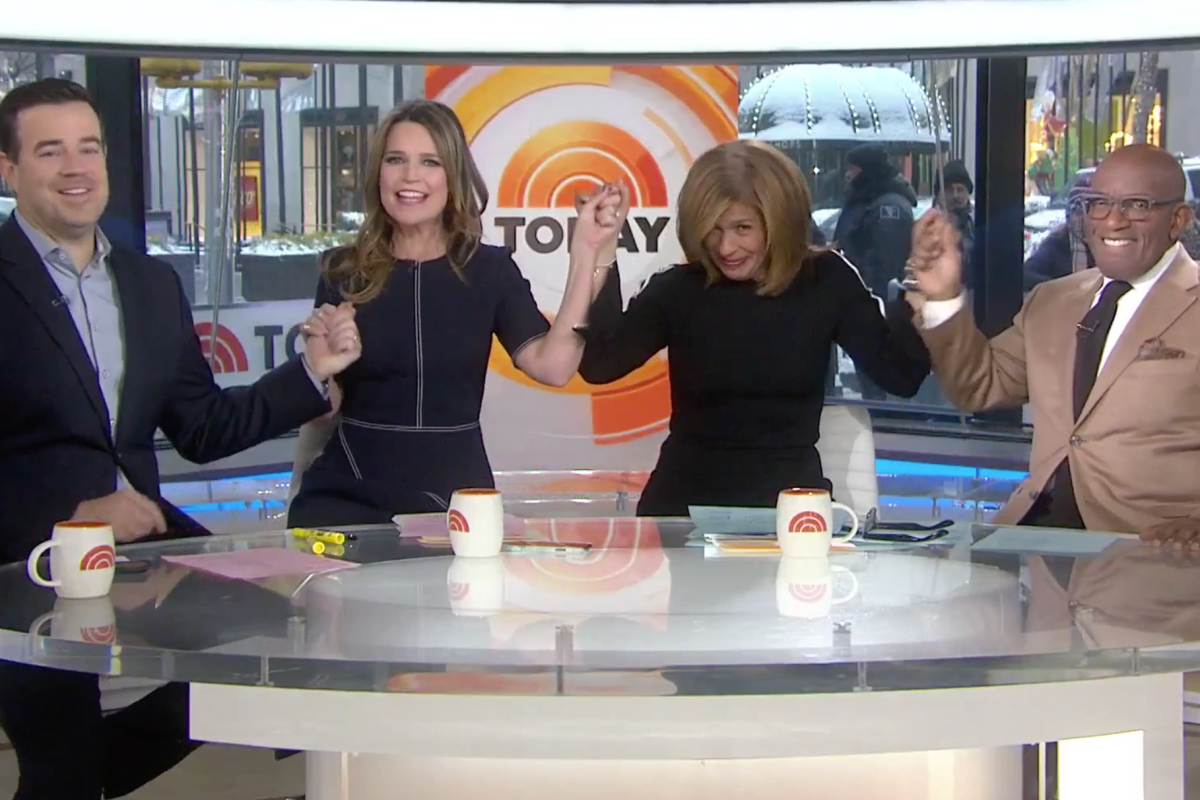 The “Today” show is celebrating Hoda Kotb’s first week as official co-anchor with a touching tribute to her.

Kotb was named co-anchor of the “Today” show alongside Savannah Guthrie after NBC News fired Matt Lauer over sexual assault allegations by a co-worker.

The “Today” staff and talent were thrilled when Kotb was named co-anchor Tuesday. To round off her first week, “Today” cut together a highlight reel of her career.

“Not a lot of people realize what an accomplished, brilliant journalist she is,” Savannah Guthrie said. “She’s covered wars. She’s covered disasters.”

Her colleagues gushed about what it’s like working with her every day.

“She makes it feel like you’re not even doing your job,” said Carson Daly. “It’s so much fun.”

They even poked fun at Kotb’s taste in music.

“I don’t love all the music Hoda loves,” Guthrie admitted. “Like, what is this song?”

“The day I adopted Haley was the day that everything else paled in comparison,” Kotb said with tears in her eyes. “Everything.”

As the country and the “Today” staff celebrated her new gig, Kotb remained humble about the promotion.

“You know when you feel like you don’t know if you deserve something,” said Kotb. “That’s this job.”

But her colleagues wouldn’t hear it.

“Oh please,” said Guthrie. “We heard from everyone this week. Like seriously, everyone in the whole world, like, literally is so happy for you and it’s because you deserve it.”