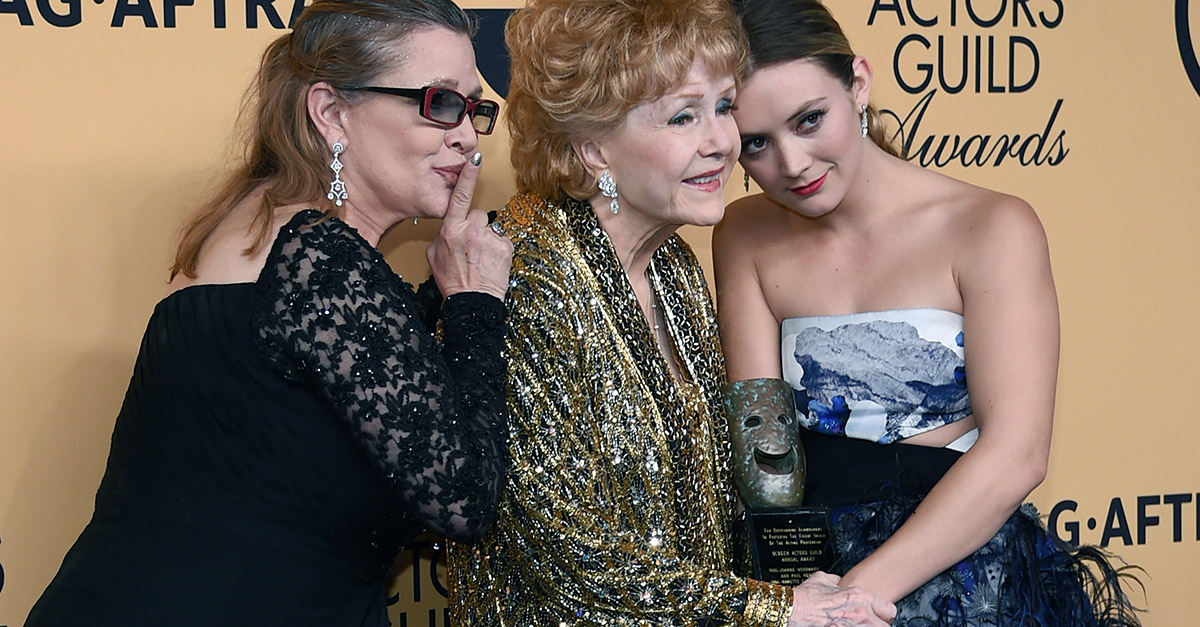 Billie Lourd is taking time to herself since losing her mother, Carrie Fisher, and grandmother, Debbie Reynolds.

Fisher’s brother, Todd Fisher, shared an update on how his niece has been coping with the sudden losses last December.

“Billie is 24 years old. She’s dealing with two gigantic losses,” he told Entertainment Tonight. “These two girls — my girls, my mother and my sister, were big, big personalities [with a] big influence on Billie, myself, many people.”

“There’s a vacuum in the room and she’s feeling it and we’re all feeling it. It’s just that I’m 59 and I have no choice but to step up and put this stuff forward,” he said. “I’m letting [Billie] breathe, you know? She needs to breathe. She needs to step back from all of this loss.”

RELATED: Katherine Jackson?s nephew Trent Jackson has finally fired back against her claims of ?elder abuse?

“When I was standing in the room the day after my sister died and we’re in the hospital and my mother was dying, I mean, I was more heartbroken watching my niece than I was for myself,” Todd Fisher said. “It was heart-wrenching. The idea that somebody would have to deal with that kind of a loss back to back, moment to moment — I mean we’d just had this horrible loss and then here you are just a handful of hours later standing in a different hospital in a different room. It was astounding.”

Fisher said his niece has a lot of her mother and grandmother in her. He praised Lourd’s father, Bryan Lourd, for supporting her during this difficult time.

“You take those genes, and I think you’ve created a pretty powerful gal… and she is a lot more like my mother even than Carrie,” he stated. “You know, she’s a little like Carrie but she’s a lot like my mother, which means she’s going to be another Molly Brown.”

Carrie Fisher and Reynolds were laid to rest in a private funeral in January. A public memorial is set for March 25. Fisher said Lourd wanted pay tribute to her mother and grandmother at the event, but it has been too tough for her.

“Hopefully it’s a roller coaster, where we have laughs and all of these things. It is a true memorial in the sense that you’re looking at all these real moments, and then you feel that loss, so you’re going to cry. But there’s also this beauty to it,” he added. “My mother is probably the heaviest contributor to this. She did the photography.”