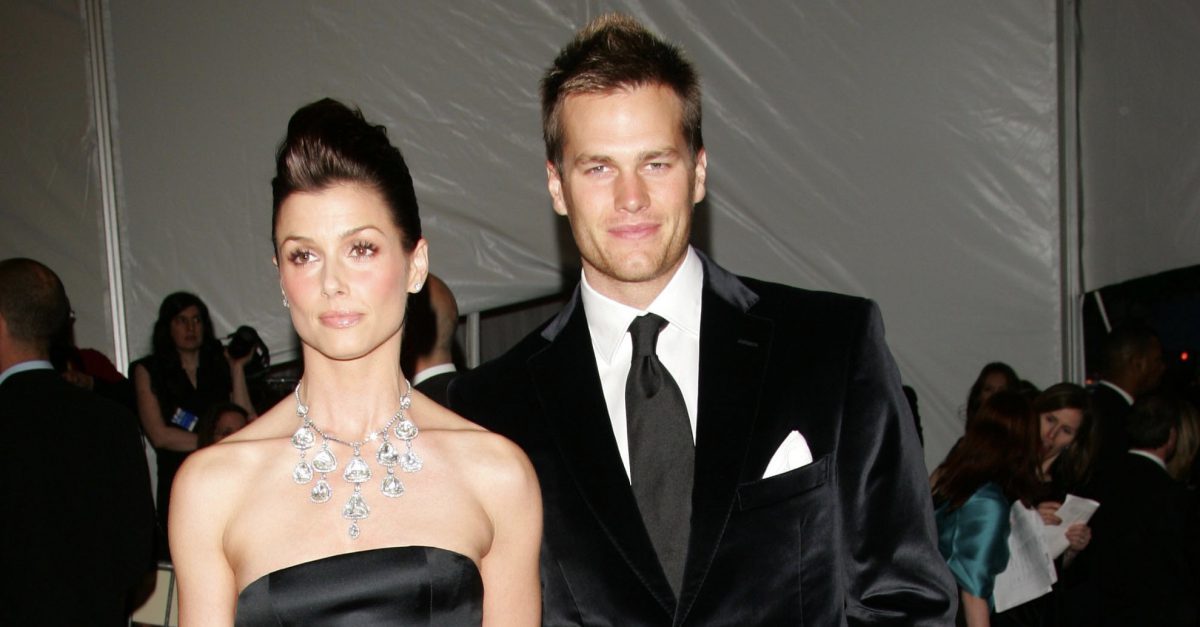 #NickFoles is having an amazing game @eagles @nfl

In a second tweet, she praised both teams on a job well done.

RELATED: Here’s why Houston’s J.J. Watt made an appearance at the Super Bowl

Brady and Moynahan dated for three years before calling it quits in 2006 while she was pregnant with their son, John. The two have been amicable for the sake of their son. Brady is now married to model Gisele Bundchen, while Moynahan wed businessman Andrew Frankel in 2015.

Brady recently made headlines with his son after a video of the 10-year-old kissing him on the lips appeared on his Facebook documentary series, “Tom vs. Time.”