Tom Cruise could be seriously injured after botching another stunt on the set of “Mission: Impossible 6” 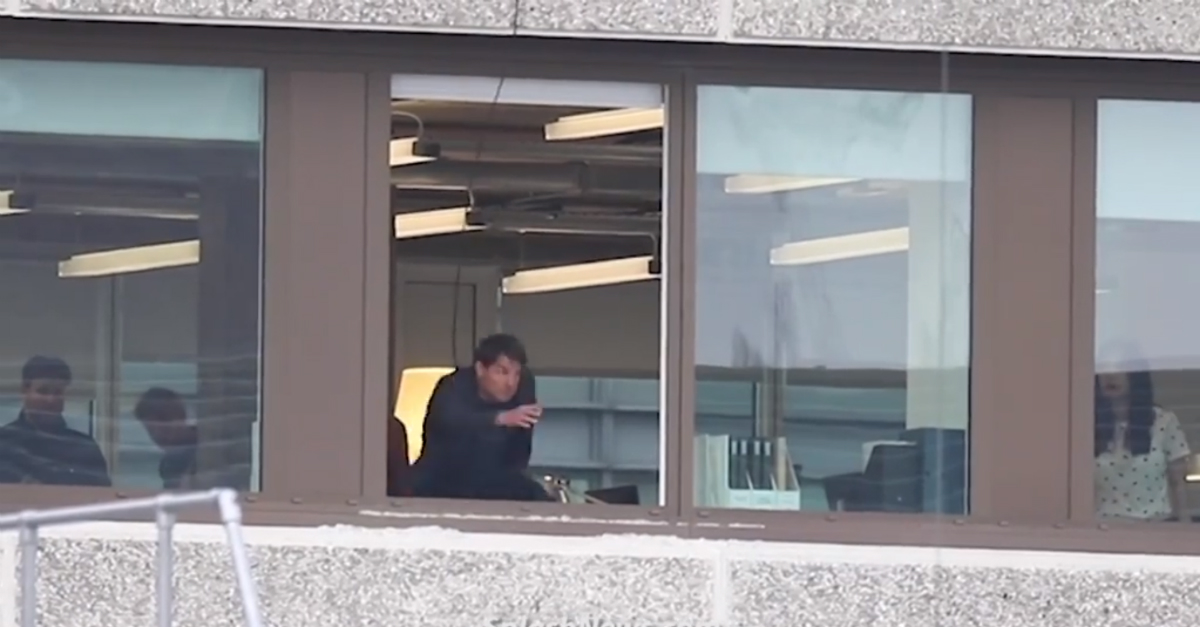 Tom Cruise might be getting too old for this s**t.

TMZ reports that the 55-year-old Hollywood megastar messed up a stunt on the set of his upcoming movie “Mission: Impossible 6,” and may have injured himself.

In the clip obtained by the gossip website, Cruise can be seen attempted to jump out of a window while strapped into a harness. However, the stunt does not go according to plan, and Cruise appears frustrated and hurt and a couple of crew members come to assist him.

According to a cameraman, the actor was later seen hobbling around on crutches.

Last year, the studio behind the production released a statement to E! News after Cruise was injured earlier this weekend.

“During production on the latest ‘Mission: Impossible’ film, Tom Cruise broke his ankle while performing a stunt. Production will go on hiatus while Tom makes a full recovery, and the film remains on schedule to open July 27, 2018,” the statement from Paramount Pictures read. “Tom wants to thank you all for your concern and support and can’t wait to share the film with everyone next summer.”

With the all these injuries, you’d think studios would be looking for alternative options.

“In some ways, the computer has made the stunt safer, because we can have more safety systems, we have more control over the body, and then erase those controls and safety systems in the computer to make it look more dangerous than it might really be,” professional stuntman Hugh Aodh O’Brien said in a 2013 interview for BizJournalism.org.

He argued that while technology reduces the risk of injury, it also mean less money for the stunt professionals. The industry is getting competitive with the increased use of CGI, but O’Brien remembered why he wanted this career in the first place.

“There are very few people who dream of doing something as a kid and actually getting to do that job as an adult,” O’Brien said. “And the reality of the job is better than the imagined job was as a kid.”