Tom Hanks has a warning for anyone who wants to work in movies: “There are predators absolutely everywhere” 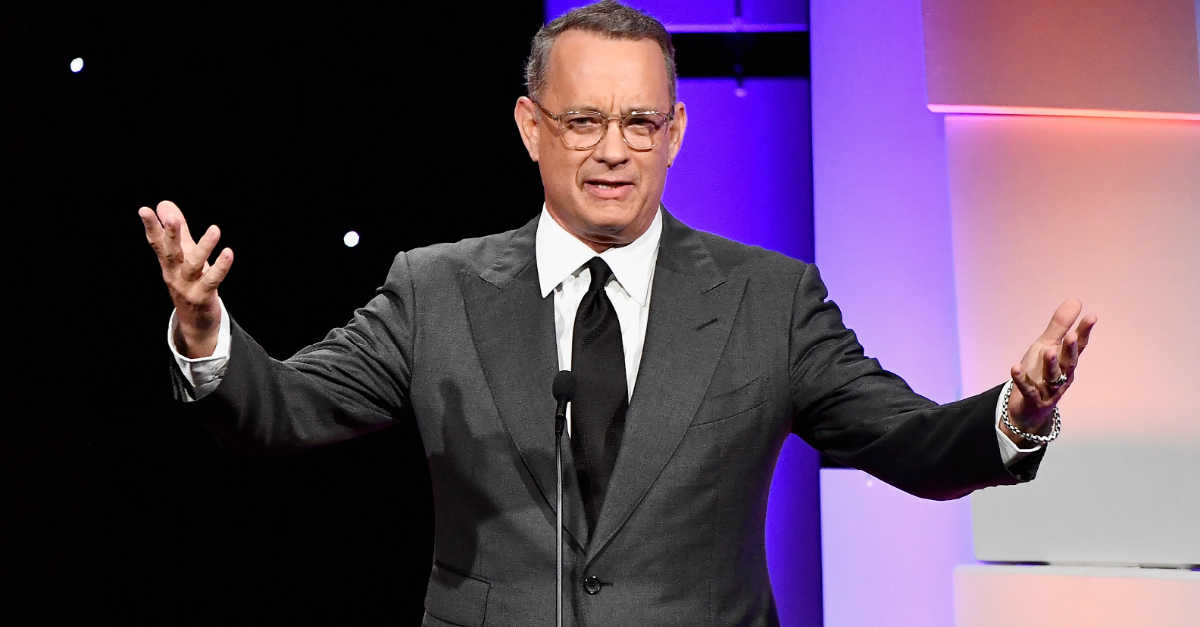 In a recent interview with The Hollywood Reporter, Academy Award winning actor Tom Hanks issued a warning to those who aspire to a career in Hollywood: “There are predators absolutely everywhere.”

Hanks began his musings on the recent wave of sexual assault scandals by addressing the positive aspects of Hollywood: “There’s a lot of reasons people do this for a living. Making a movie is a life experience that can create an awful lot of joy,” he said. “You can meet the person you fall in love with, you can laugh your heads off. That’s the good stuff.”

But the 61-year-old “Forrest Gump” star added that there were sinister elements in the film industry: “The bad stuff can happen on a movie as well. There are some people who go into this business because they get off on having power,” he said. “And the times they feel the most powerful, which is why they went into the business, are when they are hitting on somebody who’s underneath them, [and] I don’t necessarily mean completely sexually,” he said. “There are predators absolutely everywhere.”

The interviewer then asked Hanks if he had ever taken action after witnessing inappropriate sexual behavior in his career:

How do I put this? We produced a project in which someone said, “There is an element of harassment that’s going on here.” And as soon as we heard, you’ve got to jump right in. You talk to every one of the guilds and find out what happened, and you go there immediately. The difference is, there’s stuff that happens on a set that can be really inappropriate, and there can be that type of predatory aspect on a set because you think, “Well, we’re in the circus, and we’re on the road, so therefore the rules don’t really apply.” The other aspect is, “Come try to get this job from me. You want me to give you a job? Come prove to me that you want this job.” That’s a sin, and that’s against the law, and that is a degree of harassment and predatory behavior that goes against an assumed code of ethics.

But true to his reputation as a Hollywood nice guy, Hanks ended his train of thought on the matter with a hint of optimism:

RELATED: Matt Lauer speaks out for the first time since he was fired from NBC

Hanks’ upcoming film “The Post” is based on a true story involving the Pentagon Papers and the cover-up that spanned four U.S. presidents and pushed the country’s first female newspaper publisher, Katharine Graham (Meryl Streep), and a hard-driving editor, Ben Bradlee (Hanks), to join in an unprecedented battle between journalism and government. It was directed by Hanks’ longtime collaborator Steven Spielberg.