Tom Hanks just snapped a photo of the creepiest building in America, and everyone is losing it 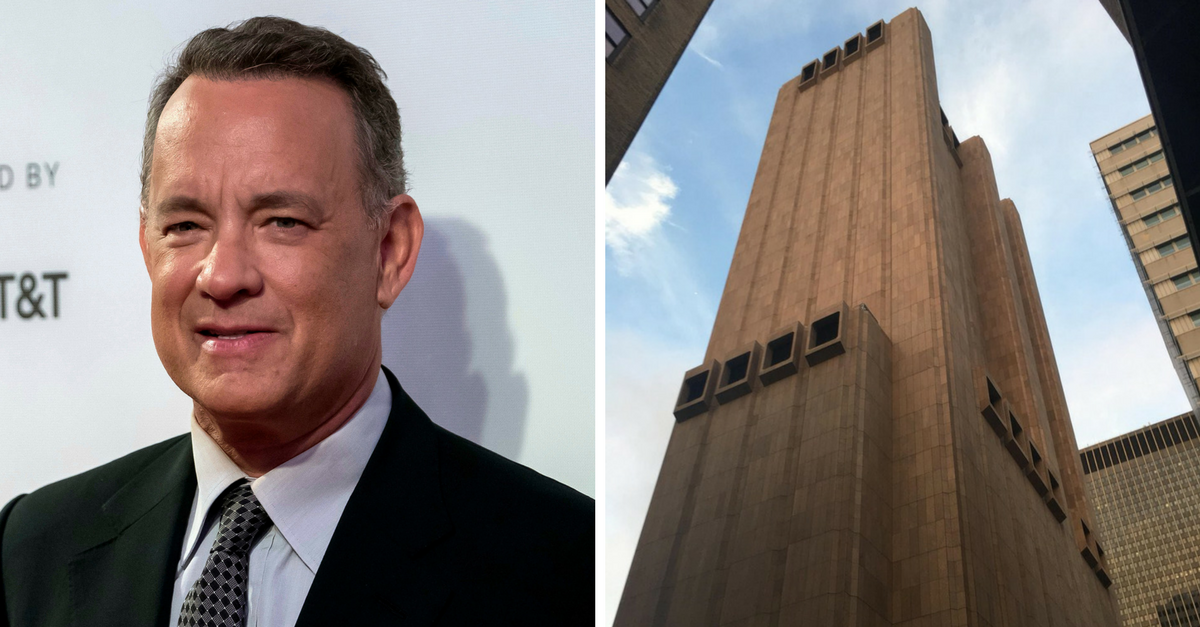 People on Twitter are freaking out after actor Tom Hanks posted a picture of a New York City building, which he called “the scariest” building he’s ever seen.

“This is the scariest building I’ve ever seen! WTF goes on inside?? Hanx,” he tweeted with a photo of the building.

This is the scariest building I've ever seen! WTF goes on inside?? Hanx. pic.twitter.com/nXeUI64rXm

His 13 million Twitter followers lost it while trying to figure out what does indeed go on inside that building. Many guessed “nightmares,” and others gave their own explanations for what creepy things might take place inside.

That is where nightmares are made

THERE IS NO BUILDING. THERE IS ONLY ZUUL. pic.twitter.com/vZP8RFALGj

That's clearly the ministry of truth as described by George Orwell in 1984 pic.twitter.com/Y3Ksw06n3c

Turns out, the building is actually owned and occupied by AT&T and Verizon, but it’s also reportedly used as the National Security Agency’s spy hub, which is called “Project X.”

According to The Intercept, documents obtained by whistleblower Edward Snowden “provide compelling evidence that 33 Thomas Street has served as an NSA surveillance site, code-named TITANPOINTE.” Therefore, “the Manhattan skyscraper appears to be a core location used for a controversial NSA surveillance program that has targeted the communications of the United Nations, the International Monetary Fund, the World Bank, and at least 38 countries, including close U.S. allies such as Germany, Japan, and France.”

And there you have it!

RELATED: Why the new Tom Hanks and Emma Watson movie “The Circle” is a total failure