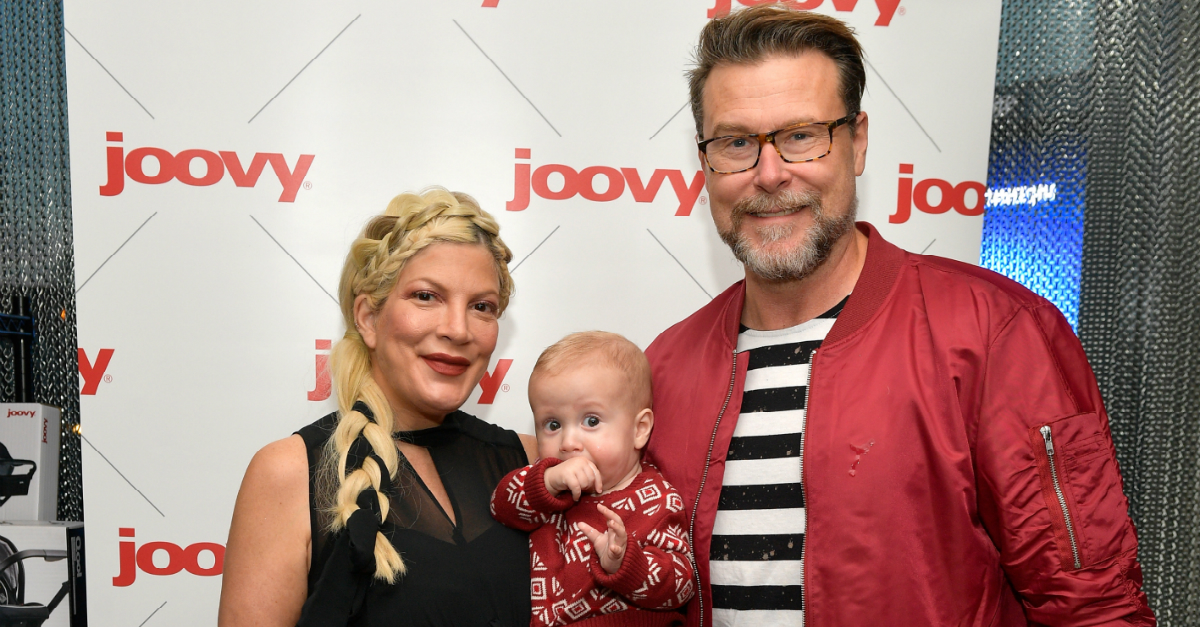 According to actress Tori Spelling, her 9-month-old son Beau Dean is largely responsible for the recovery of her tumultuous marriage to husband Dean McDermott.

?I feel like Beau is really the pillar of the rebirth of our relationship, because our relationship had to crumble for it to be rebuilt, and it was really important that we just start it over,? Spelling recently told PEOPLE at the seventh annual Santa?s Secret Workshop event in Los Angeles.

?I think Beau is a symbol of that because he?s the first baby out of all five that we?re raising in a communicative way.?

The couple had their fair share of ups and downs in their marriage after McDermott?s 2013 cheating scandal. The actor reportedly had a two-day affair with a woman that year. The trials and tribulations of repairing their marriage was later documented on their Lifetime documentary series, ?True Tori.?

?I look back and I remember doing interviews probably seven years ago ? I was like, ?It?s easy, we don?t have to work at it. We have this great marriage,? ? the actress told PEOPLE.

?I really feel like I found my voice in the relationship,? the former “Beverly Hills 90210” star continued. ?It was really empowering for me, because my whole life I grew up, and I never talked about my feelings ? so I carried that into my relationship.?

RELATED: The way this actress held her baby sparked controversy, but this is her explanation of it all

This isn’t the first time Spelling has spoken bout the ?rebirth? of her marriage. She revealed similar sentiments back in October when US Weekly caught up with her at the 28th annual A Time for Heroes Festival in L.A.

“We know how to do it differently now. For so many years, we kind of didn?t know how to find time for ourselves, it was all about the kids, because we did start having kids right away,” she told the magazine.

Back in March, Spelling’s husband Dean McDermott was almost arraigned for criminal contempt of court for failing to keep up with child-support payments from a previous relationship. In court, he told the judge he had ?fallen on hard times.? The judge eventually allowed him a reprieve if he and his ex-wife Eustace could reach an agreement.

RELATED: In the midst of her money troubles, Tori Spelling puts a personal injury lawsuit behind her