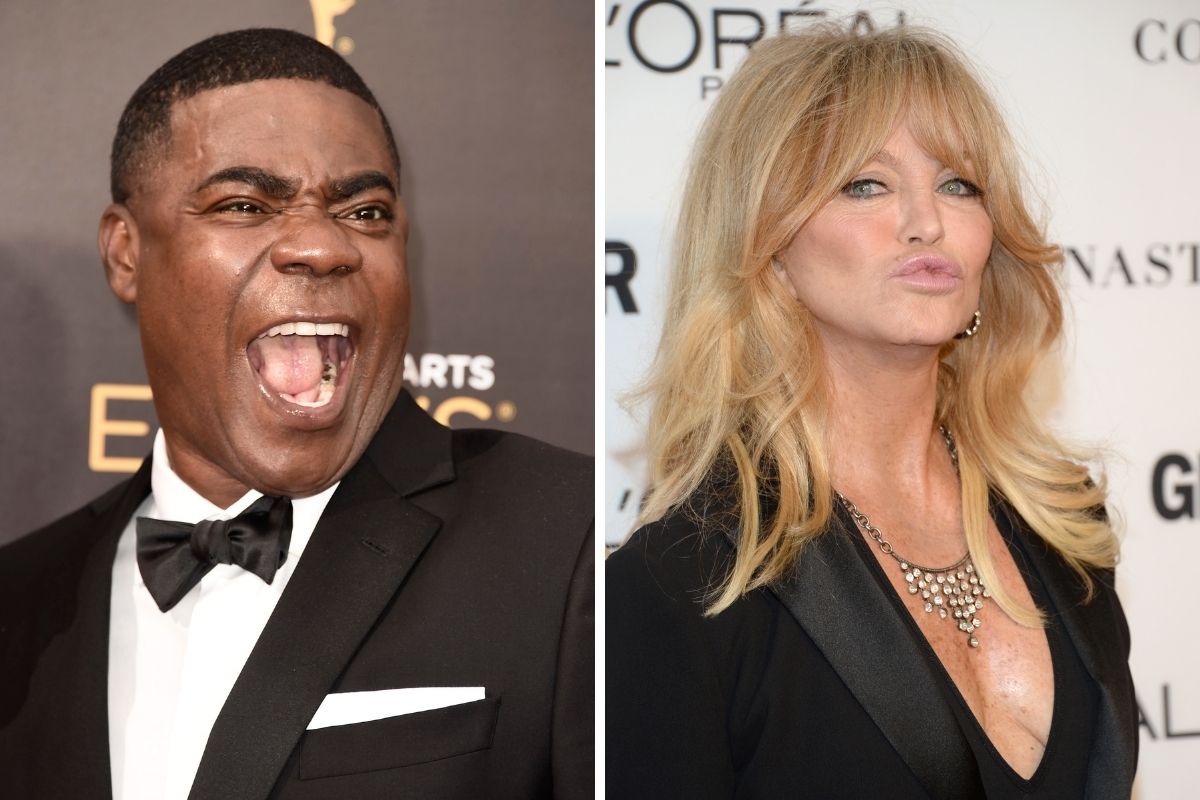 Hollywood brings unlikely couples together from time to time and when two seemingly incompatible celebs hook up, it always results in a lot of attention, gossip, and fascination via talk shows, tabloids, and social media. Actor and comedian Tracy Morgan recently made a lot of people do a double-take during an appearance on NBC’s The Ellen Degeneres Show when he reponded to guest host Twitch’s question if he’d ever gone out with actress Goldie Hawn. What was that all about? Did Tracy Morgan date Goldie Hawn?!

Tracy Morgan was born in the Bronx, New York in 1968. He started doing stand-up comedy as a young man and became a full-fledged celebrity after joining the cast of Saturday Night Live in 1996, where he performed as a regular cast member until 2003. He came back as guest host in 2015 along with Amy Schumer and Miley Cyrus. Post-SNL, he went on to star on the sitcom 30 Rock on which he played a comedian named Tracy who is a regular on a late-night sketch comedy show; he was nominated for an Emmy for Best Supporting Actor in a Comedy Series.

Most recently, Morgan starred on the comedy series The Last O.G. and co-starred alongside Eddie Murphy and Arsenio Hall in Coming 2 America. Morgan married his first wife, Sabina, in high school. They have three sons together and divorced in 2011. He has one daughter, Maven, with his second wife, model Megan Wollover; they split up in 2020.

Goldie Hawn was born in Washington, D.C. in 1945. Her breakthrough as an actress came in 1969 with the movie Cactus Flower, for which she won both the Golden Globe and the Oscar for Best Supporting Actress. She went on to make a wide variety of movies, including Private Benjamin, Overboard with her boyfriend of many decades, Kurt Russell, Death Becomes Her with Meryl Streep and Bruce Willis, The First Wives Club with Diane Keaton and Bette Midler, The Banger Sisters with Susan Sarandon, and Snatched with Amy Schumer.

Hawn was married twice and had two children with her second husband Bill Hudson: actress Kate Hudson and actor Oliver Hudson. She and Kurt Russell have been in a relationship since Valentine’s Day 1983 and have a son, Wyatt Russell.

Tracy Morgan and Goldie Hawn: Together?!

So when did Tracy Morgan and Goldie Hawn date? Well, when Twitch asked him about the rumor, Morgan confirmed that they had dated and went on to share that after their relationship ended, he dated Hilary Clinton, Oprah Winfrey, Halle Berry, Lena Horne, and had a love child with Princess Leia. Seems like the Morgan-Hawn hook-up is just a rumor…or Tracy Morgan is an extremely busy man!

His appearance on The Ellen Show with tWitch is just one recent hilarious talk show moment from Tracy Morgan. During the 2021 Golden Globe Awards, Morgan announced the winner of the Best Score, Motion Picture award, Soul, as “Sal,” much to some people’s amusement. Morgan went on The Tonight Show Starring Jimmy Fallon and when asked about the flub, first turned to bandleader Questlove and yelled “Come on Quest, you went to high school with me! You know what happened!”

He then went off on a monologue about his life, including dropping out of high school, how angry his grandmother was that he’d never earned his GED, and his attempts to homeschool his daughter and nephew until Fallon finally moved on. Tracy Morgan gets laughs, no matter what.