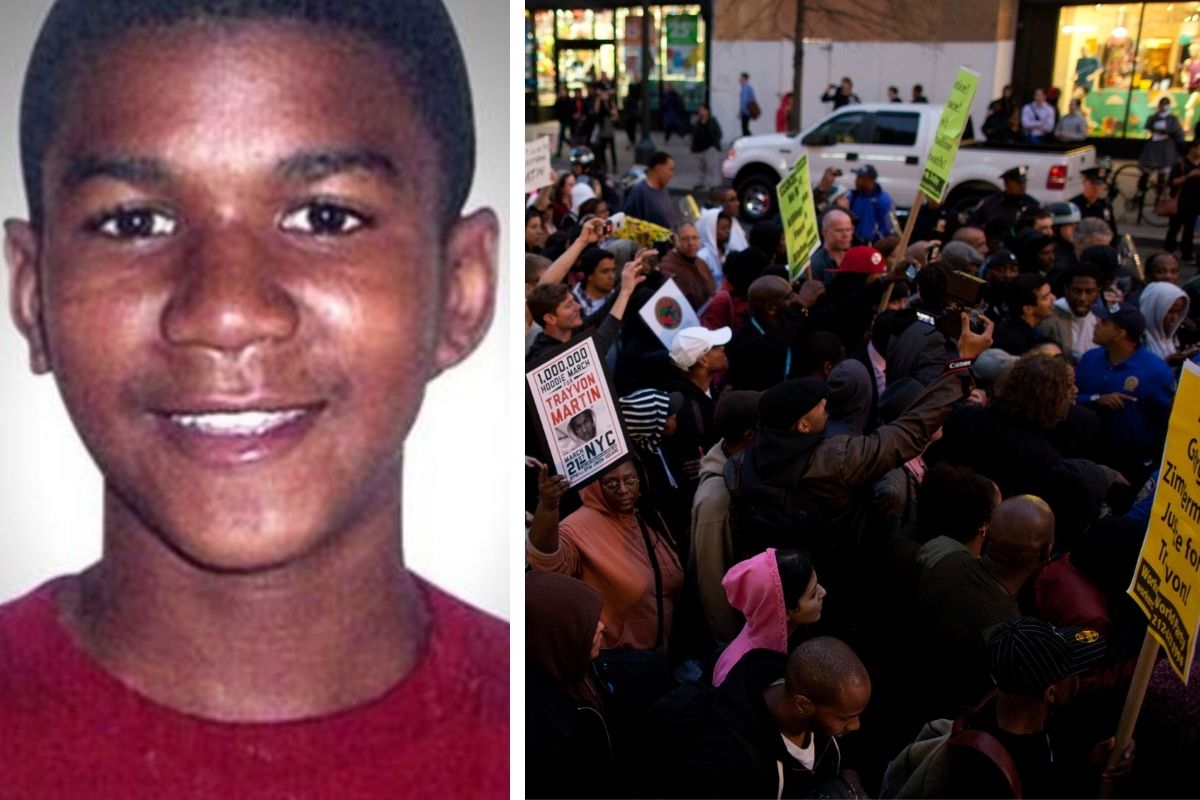 Today, in the midst of the whirlwind that 2021 has been already, would’ve been Trayvon Martin’s 26th birthday. As we remember the tragic death that happened back on February 26, 2012, the death of a 17-year-old will always be remembered as someone most definitely gone too soon. And the investigation behind Martin’s death spurred the nation the way George Floyd’s death had last year.

According to Fox News, that fatal night, Martin was walking home from the convenience store to a gated community called The Retreat at Twin Lakes in Sanford, Florida, one that his father, Tracy Martin’s, fiancé lived in and one that he had been in before. He had just bought a bag of skittles and some iced tea when he was confronted by George Zimmerman, a resident of the community and a Neighborhood Watch volunteer, resulting in a violent altercation. Zimmerman then pulled out a firearm and shot Martin, killing him.

Nevertheless, Zimmerman surrendered to the Sanford police department, immediately claiming self-defense. And unfortunately, there were no direct eyewitnesses around to help illustrate the shooting death. Zimmerman did not face civil rights charges, and the Justice Department explained that it was because there was just not enough evidence. They said that more proof was needed to prove that the fatal shooting was motivated by racism.

This caused a nationwide uproar as many were upset that Zimmerman was not found guilty of second-degree murder. His acquittal sparked massively historical movements in igniting the fight for equal justice, as well as conversations about racial profiling, the Stand-Your-Ground law, and self-defense gun laws.

The Black Lives Matter movement, which has been increasingly seen over the past decade in fighting for equal justice, arose from Martin’s death, as the petition “Justice for Trayvon Martin,” garnered almost 150,000 signatures. And the Trayvon Martin Foundation also arose as controversy behind the teenager’s case continued to escalate. Many wanted to claim racial profiling as Zimmerman claims himself as Hispanic and since Martin was African-American. And others wanted to talk about how dangerous a stand-your-ground law is and the importance of police reform.

Sybrina Fulton Remembers Her Son on His Birthday

You left this world but NEVER my HEART 💔💔Rest in POWER Trayvon!! Not even the death of my SON/SUN will separate a Mother’s Love!!https://t.co/cZhfayTFFx pic.twitter.com/nRlDXX6Gtj

The arguments around the “Stand-Your-Ground law” stem from the law stating that “people may use deadly force when they reasonably believe it to be necessary to defend against deadly force, great bodily harm, kidnapping, rape, or (in some jurisdictions) robbery or some other serious crimes (right of self-defense),” heeding that the high school student was unarmed the night he died. There are also many arguments about the conversation between Zimmerman and the 911 dispatcher, in his inability to listen to what he was told to do.

Among the many that took to social media today to honor Martin, Martin’s family didn’t hesitate either. His mother, Sybrina Fulton, said on Twitter, “You left this world but NEVER my HEART Rest in POWER Trayvon!! Not even the death of my SON/SUN will separate a Mother?s Love!!”

We mourn the death of young life lost, as Martin’s parents mourn his, and can only hope that we will continue to learn more about how we can make changes in our society.